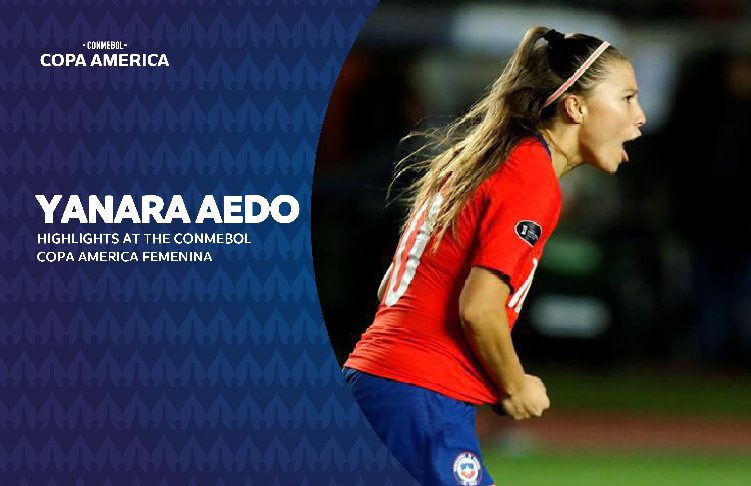 She was one of the key pieces that led Chile to reach the Final Phase of the 2018 CONMEBOL Copa América Femenina. An emblematic player and the one who wears the historic number 10 shirt. She is skillful, shrewd and clever in one-on-one plays. Taking into account what was previously mentioned, we are definitely talking about Yanara Aedo, who currently plays as an attacker for Rayo Vallecano, a Spanish team.

Thanks to her goals, assists and talent, the 28-year-old born in Temuco became an essential factor for her team to finish as runners-up in the Final Phase, which they hadn’t accomplished for seven editions (the first had been in 1991).

It should be noted that Yanara is one of the top scorers for Chile in the CONMEBOL Copa América, with 4 goals. She is third on this list, Francisca Lara (8) and Nathalie Quezada and Ingrid Flores (5) beat her.

If we talk about numbers in general, the attacker is the second highest scorer of the Trans-Andean team, with a total of 13 goals.

Looking forward to the 2022 CONMEBOL Copa América Femenina, do you think she will be able to win the title for the Chile national team?