The four national teams that have everything to win the Cup: Bolivia 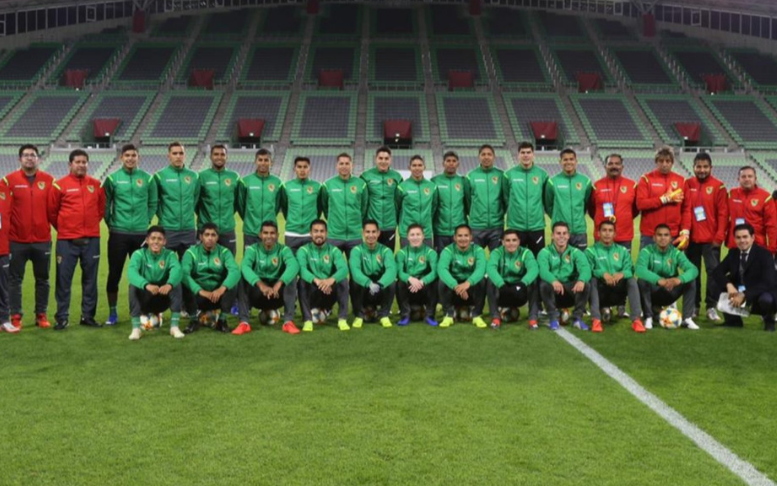 This is the first chapter of the saga of the selections with history to write in CONMEBOL Copa América Brazil 2019.

The CONMEBOL Copa América, called the South American Football Championship in its first phase of history, arrived in La Paz and Cochabamba in 1963, new destinations that hosted the competition for the first time.

The city of La Paz represented a great challenge for the other six participants, who for the first time played on the 3.600 meters above the sea level, something they had not experienced before, and who took advantage of the local team, preparing an excellent team, with players who had the vocation of goal scorers and that finally led them to win the title.

The chronicle written for the publication ‘El Diario’, which was printed on March 29, 1963, narrates «what happened after the «lance» is only comparable to the greatest sporting events in the world. A nation covered in flags of glory in the middle of singing and dancing, which filled the areas of the entire city, with echoes that came from the most distant places in the country. A victory that was never written in the pages of the Bolivian sport record with the possibility of achieving the laurel of undefeated champions».

By ‘the lance’, the history referred to what happened in the penultimate match of Bolivia vs Argentina. The local team had the chance to score the winning goal after the penalty announced in their favor by the Peruvian referee Arturo Yamasaki. It was the 86th minute of the game and the scoreboard showed a 2-2 draw.

Argentine goalkeeper Edgardo Andrada became a hero by stopping the penalty from Max Ramirez and diverting the ball to get a corner kick in favor of Bolivia, something that made Argentina players fill up with euphoria and they fell on top of Andrada to celebrate.

The celebration in Argentina was that big and perceived that in seconds, the Bolivian Fortunato Castillo hurried to throw the corner kick. The ball through the air came to Wilfredo Camacho, who finished off with a header to score the third Bolivian goal. Argentine protested, but a validated goal that gave Bolivia the victory, leaving them close to the title.

On the last date, and in an exhilarating match, Bolivia achieved the victory over Brazil by 5-4 which gave them the honor of raising for the first time the trophy of the South American Football Tournament. Happiness took over the whole country.

Since this fact, 56 years have passed and the CONMEBOL Copa América Brazil 2019 represents, for Bolivia, a new opportunity to seek its second title in history, which still has hundreds of pages to write from the Altiplano team.

Do not miss this saga that in its next delivery will show the history of the Colombian National Team, which managed to lift the trophy in the CONMEBOL Copa América in 2001.

The information about the 1963 tournament:

â€¢ The players who were replaced could re-enter the field.
â€¢ For the first time it was authorized four changes made per team.
â€¢ For the second time, Uruguay was not going to the tournament. It had already happened in 1925.
â€¢ 21 games were played.
â€¢ A total of 91 goals was scored.
â€¢ Bolivia ended the tournament without losing a single game.
â€¢ Bolivia played with 3 Argentine soccer players: Roberto Cainzo, Eduardo Espinoza and Eulogia Vargas.
â€¢ And the coach of Bolivia was the Brazilian Danilo Alvim, who won the tournament with his country in 1949.