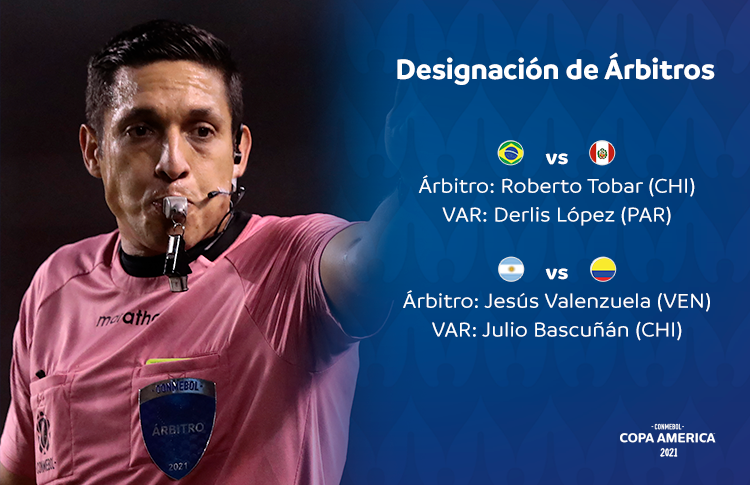 The referees have been confirmed for the CONMEBOL Copa América 2021 which will be played on Monday and Tuesday.

Firstly Chilean Roberto Tobar will officiate the game on Monday between Brazil and Perú which will be held at the Nilton Santos Stadium in de Río de Janeiro.

The Chilean will be assisted by his compatriots Christian Schiemann and Claudio Díaz while Paraguayan Derlis López will be in charge of VAR.

The second semi-final between Argentina and Colombia will take place on Tuesday at the Estadio Mané Garrincha in Brasilia and will be refereed by Venezuelan Jesús Valenzuela with his compatriots Carlos López and Jorge Urrego running the line.

Chilean Julio Bascuñán will be in charge of VAR.