Head to Head: Comparing Tite and Scaloni's numbers ahead of the final 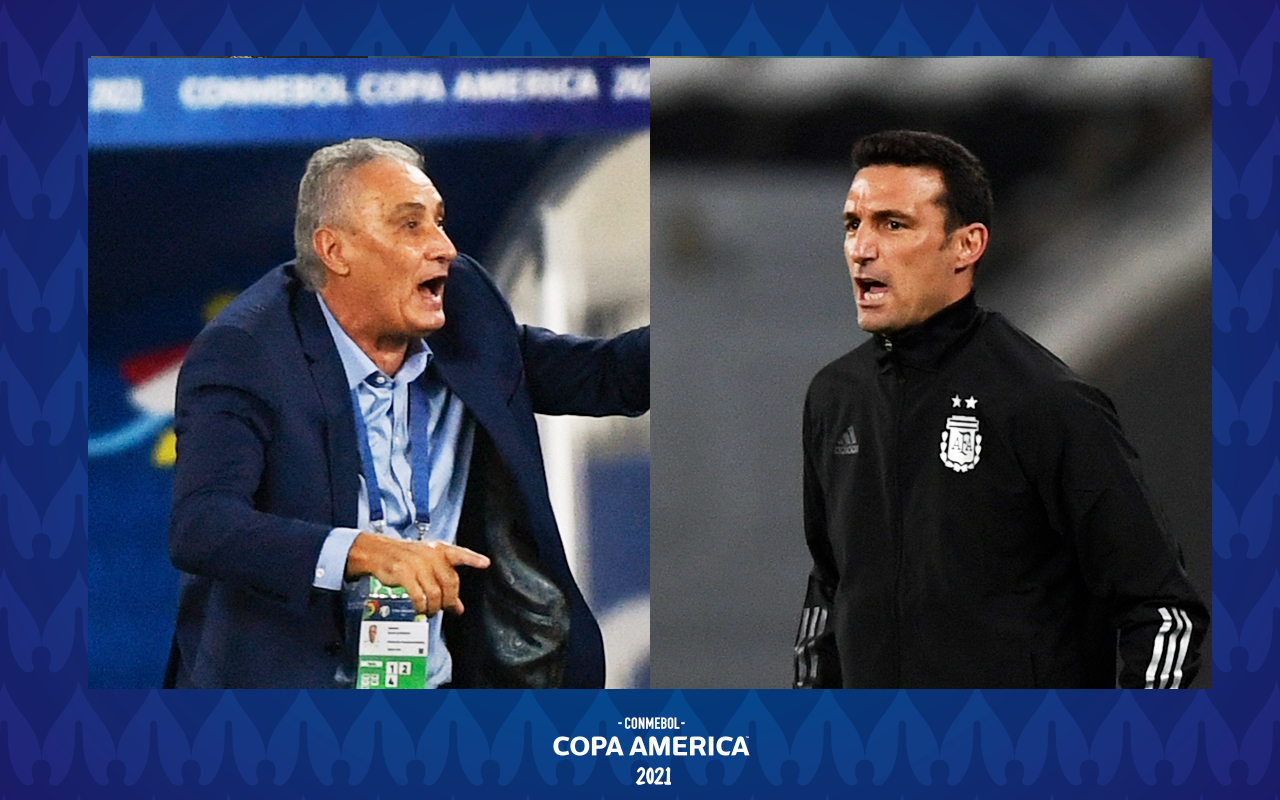 One is 60 years old and the other is 43. One knows the joy of lifting the CONMEBOL Copa América while the other is dreaming of his first international title. On one side Tite and on the other Lionel Scaloni. Managers of Brazil and Argentina who on Saturday meet with in the final of the world’s oldest national team competition.

The CONMBEOL Copa America will be a meeting of two bosses from different generations with very different levels of experience but both have had hugely positive impacts on their respective national sides.

The former manager of Inter, Gremio and Corinthians, amongst others, has been in charge of brazil for 5 years and has quite the record: He has managed 60 games with 45 wins, 11 draws and only 5 defeats.

Tite has taken Brazil to the 2018 World Cup quarter-final and he won the 2019 CONMEBOL Copa America.

He is currently on a run of 13 games unbeaten (12 wins and one draw) and hasn’t lost since November 2019 when he was beaten by this weekend’s opponents Argentina in a friendly played in Saudi Arabia.

This is Tite’s second appearance in the Copa America with Brazil and he has so far yet to lose a game. He has won 9 of the 12 games he has overseen.

With almost 3 years in charge following the resignation of Jorge Sampaoli following the 2018 World Cup, Scaloni has overseen an impressive restructuring and revival of the Argentine national team set up.

He has managed 33 games with la Albiceleste, in which there have been 19 wins, 10 draws and 4 defeats. He is currently on an unbeaten run of 19 games (11 wins, 8 draws), which is the second longest in the history of the Argentine national team.

Their last defeat was a 2-0 loss against hosts Brail at the 2019 CONMEBOL Copa América.

As with Tite, this will be Scaloni’s second CONMEBOL Copa América and he has also overseen 12 games in the competition: won 7, drew 3 and lost 2.

The history between Tite and Lionel Scaloni

So far, the managers have faced each other on 3 occasions and the Brazilian boss has the upper hand. There have been 2 Brazilian wins (friendly in 2018 and Copa America 2019) and 1 win for Argentina (friendly in 2019).

The two managers have made an important impact for their respective national sides and this weekend will have a chance to make history with a massive CONMEBOL Copa America final win against their huge continental rivals.