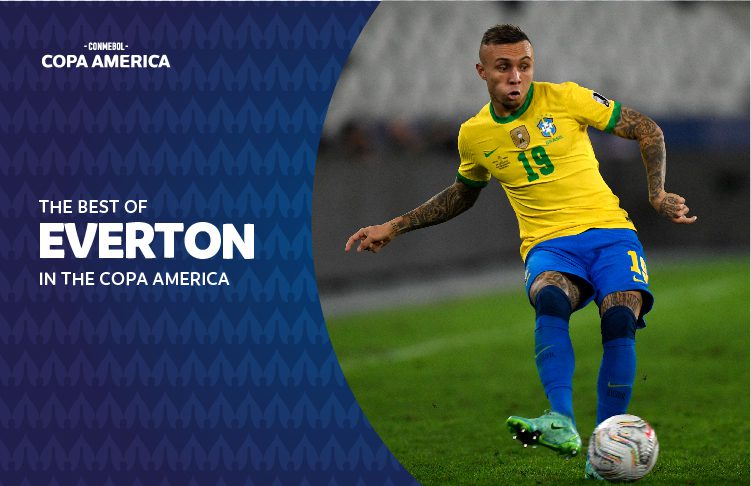 If we talk about positive surprises, Everton was one of them for his country. The Brazilian played a wonderful tournament and won the title of top scorer at the 2019 CONMEBOL Copa America after scoring three goals, just like the Peruvian player Paolo Guerrero did.

The born in Ceara and who turned 26 this past March 22nd, beat his partner Paolo Guerrero (with three goals scored as well), thanks to the fact that during the season he made a pass that led to a goal. That is why, he was awarded the title of top scorer of this heated continental competition.

Here are some fun facts about his wins: Everton scored goals against Bolivia and Peru in the group stage, and then scored another one in the final against Peru. The 3 amazing goals were scored with the right foot (two goals from outside the area and one in the D.).

Without a doubt, Everton made history as he became the 12th Brazilian to win this award. In addition to this, the «Canarinha» didn’t have a top scorer in the CONMEBOL Copa America since Robinho had achieved it in 2007.