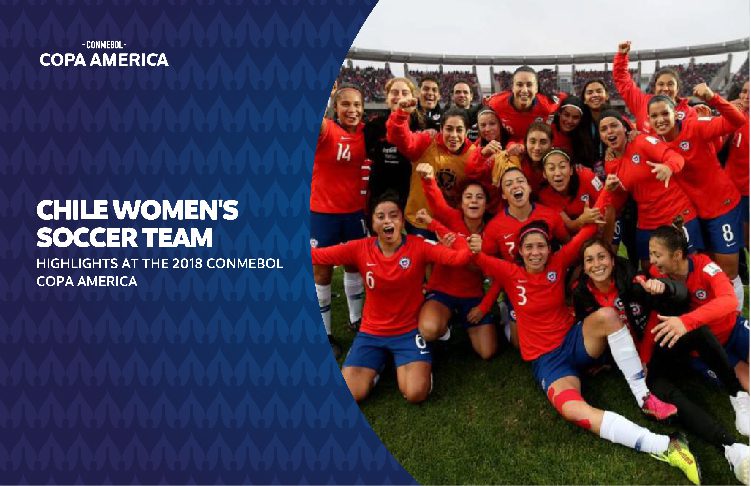 The Chile national team worked its way up in the 2018 CONMEBOL Copa America Femenina. After having reached the final stage of the competition only three times, “La Roja” managed once again to be in the top 4 and won second place in the tournament.

Without a doubt, the team went from the bottom to the top and, even though it did not shine on the field, some players and their high spots made the difference.

From back to front, Christiane Endler, who was the goalkeeper, was one of the key players for the team to have a great tournament. The athlete born in Santiago became a giant in the goal and was also a key element to keep a clean sheet in 4 of the 7 matches. Besides, she showed great confidence every time she had to take part in the game.

Another high point in the defense was Carla Guerrero, who currently plays as a defender for “Universidad de Chile”. It can’t be argued that the athlete has also earned her place, as well as Camila Saez, and has shown that Chile has an outstanding center in its formation.

Francisca Lara, who is a standard-bearer for the women’s game, had a great performance at the CONMEBOL Copa America: her style of play in the matches against Brazil, Colombia and Argentina will always be remembered because of her bravery and her great game.

Yanara Aedo brough quality to the game and not only was responsible for scoring three goals but also became a benchmark in the defense of the team that managed to go far.

Besides taking second place in this CONMEBOL Copa America, “La Roja” got his ticket to be part of the 2019 World Cup, held in France and the Tokyo 2020 Olympic Games.