Argentina beat Ecuador and will meet Colombia in the Semi-Final 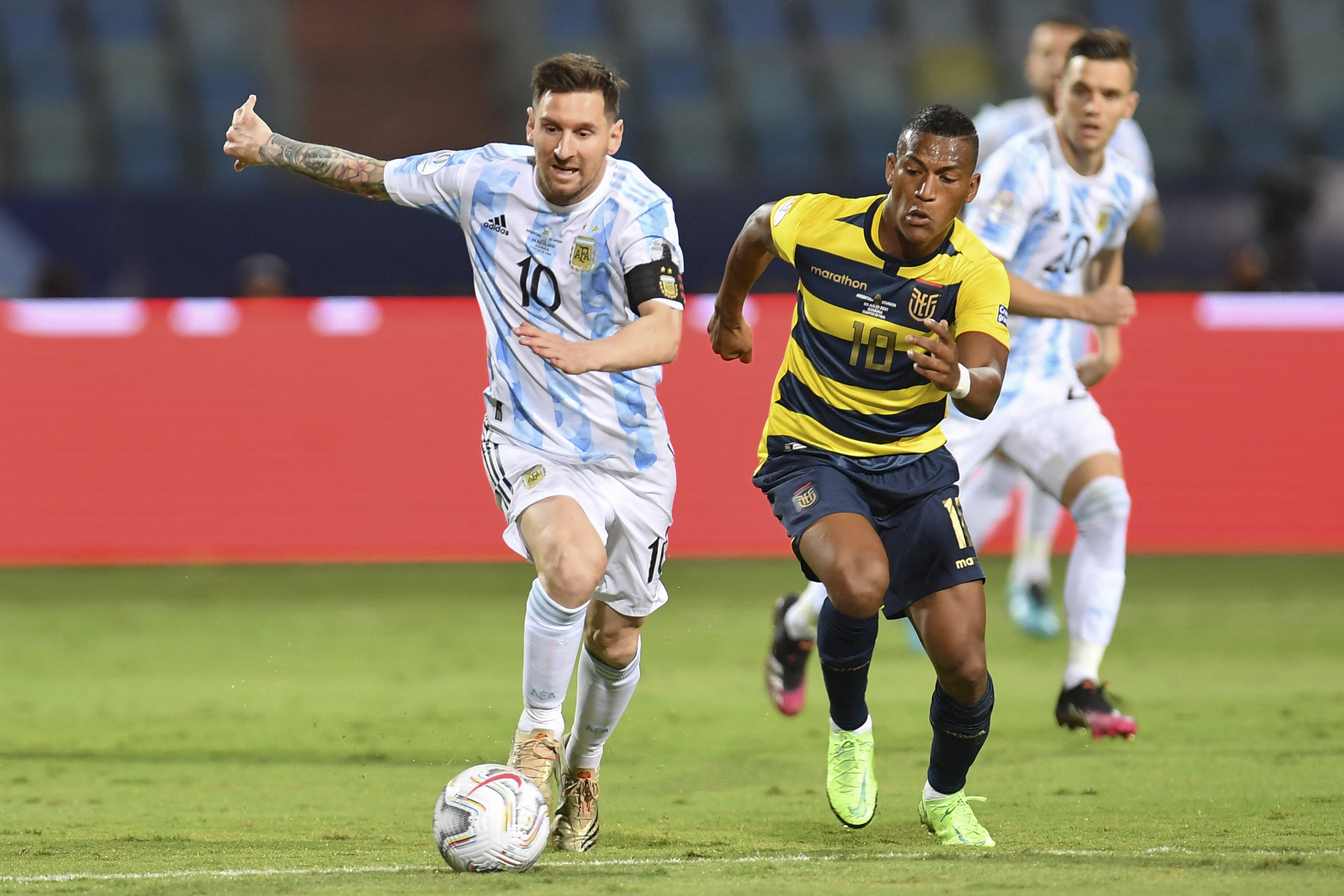 Argentina had to work for it but ultimately emerged 3-0 winners against Ecuador in the final quarterfinal of the CONMEBOL Copa América 2021 to take their place amongst the final four in the competition.

With goals from Rodrigo De Paul, Lautaro Martínez and Lionel Messi, key man on the night, the Albiceleste beat La Tri to progress to the semifinals where they will meet Colombia next Tuesday at 22:00 in Brasilia.

Lionel Scaloni’s side began the game on top with control of the ball and camped in the opposition half.

Despite this, it took until 14 minutes to get a shot on goal as Lautaro Martínez latched on to a long pass from Germán Pezzella. He beat goalkeeper Hernán Galíndez but was denied by an Iván Arboleda block.

On 16 minutes Pezzella had an effort of his own with a header which hit the Ecuadorian post. A few minutes later Lionel Messi worked a chance, beating Galíndez but also hitting the post.

Ecuador were pushed back but they did work some chances of their own. Méndez had a shot that was well saved by Emiliano Martínez before both Enner Valencia and Alan Franco failed to connect with a cross in a dangerous area. Any contact would have resulted in a goal but the chance came and went.

Just before the break Argentina took the lead. Nicolás González was denied by goalkeeper Galíndez but the ball broke to Messi who found De Paul with a smart, disguised pass and the Udinese man found the corner with 2 defenders on the line.

Argentina worked a final effort before the half time whistle but Galíndez made an incredible double save to prevent a second.

Messi saw his freekick stright the post and substitute Gonzalo Plata forced an impressive save from Martínez who made an important contribution on the night.

The game remained in the balance until the final 5 minutes when Argentina were able to finish the job. Ángel Di María came off the bench and pressed Piero Hincapié with Lionel Messi who squared the lose ball to Lautaro Martínez to bring an end to the game as a contest.

With few minutes remaining a Lionel Messi freekick was the icing on the cake for Argentina as they march on to the semi-finals.

Argentina keep their dream of their first Copa America title in 28 years.

â€¢ Argentina has never lost against Ecuador at the Copa América in 16 games (11 wins, 5 draws). Argentina are also unbeaten against Chile (29 games) and Paraguay (26) over 90 minutes.

â€¢ Lionel Scaloni’s 18 game unbeaten run (11 wins, 7 draws) equals Marcelo Bielsa as the second longest in the history of the Argentine national team. Only Alfio Basile has a longer unbeaten run: 33 games between 1991 and 1993.

â€¢ Lionel Messi is the top scorer at the CONMEBOL Copa América (4) and has scored 2 direct freekicks for the first time in a single edition of the tournament.

â€¢ Argentina had 21 shots on goal against Ecuador which is the most attempts on goal in any game in the Lionel Scaloni era.