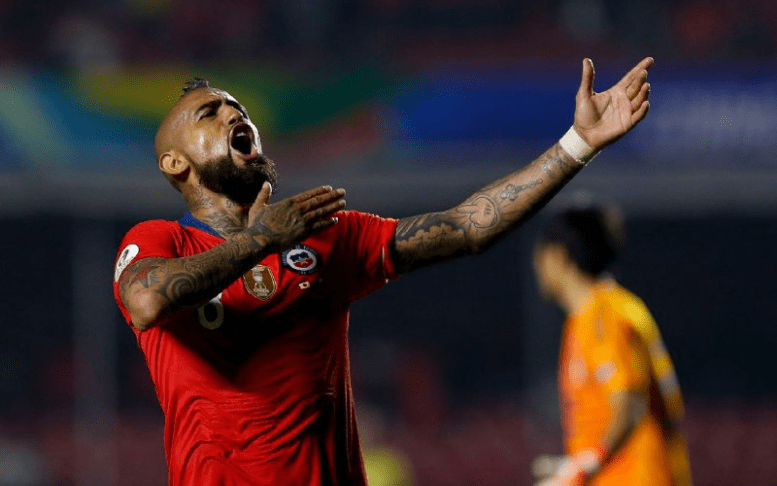 Arturo Vidal celebrated that Chile began «on the right foot» the defense of their two-time CONMEBOL Copa América championship with a 4-0 win over a brave Japan at São Paulo’s Morumbi Stadium.

«It was an intense match and an important match for us to start on the right foot, it’s always important to start winning», said the Barcelona midfielder.

Now «we want to take advantage of this match, increase the intensity in the next match (…) but this result leaves us much more comfortable», for the next match, which will be against Ecuador.

«If we keep improving we can be a dangerous enough team to defend the Cup», added Vidal.

The Spanish Barcelona player left with a physical discomfort when he died the game, but said he will be ready for the next clash of his team on Friday in Salvador.