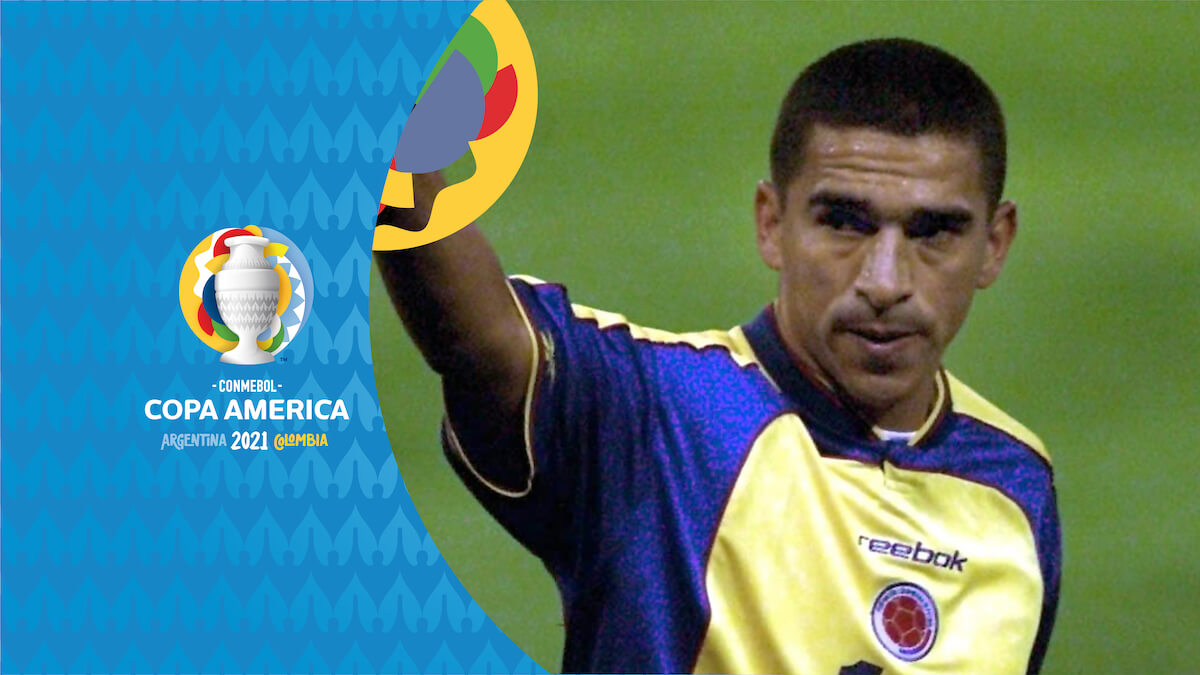 When you hear the name Victor Hugo Aristizabal, you think of goals. The Colombian striker was one of the best finishers in the history of the «Tricolor» and whose team became the 2001 CONMEBOL Copa America champions.

He was born in the department of Antioquia, in Colombia, and made his debut for «Atlético Nacional» in 1989, where he played in four different seasons during his career. Nowadays, he is still known as the top scorer in the history of the team from Medellín, with 207 goals scored.

Although the «Paisa» was and will always be his place in the world, Aristizabal had a short spell with «Valencia C.F», from Spain and the «Blackburn Rovers F.C», from England. However, the athlete managed to score some amazing goals once again in South America, especially during his time in Brazil, where he wore the shirts of Sao Paulo, Santos, Vitória, Cruzeiro and Coritiba.

«Aristigol» was part of one of the all-time greatest generations of players of Colombia national team. Besides, he was a contemporary player to some great footballers from South America such as Carlos Valderrama, Faustino Asprilla, Adolfo Valencia and René Higuita, among others.

Victor Hugo will always be remembered for his excellent performance in the 2001 CONMEBOL Copa America, held in Colombia. He managed to score 6 goals in the 6 games that led the Colombian national team to lift the trophy for the first time in its history. Personally, «Aristi» is still the top Colombian scorer in a single edition of the continental football tournament.