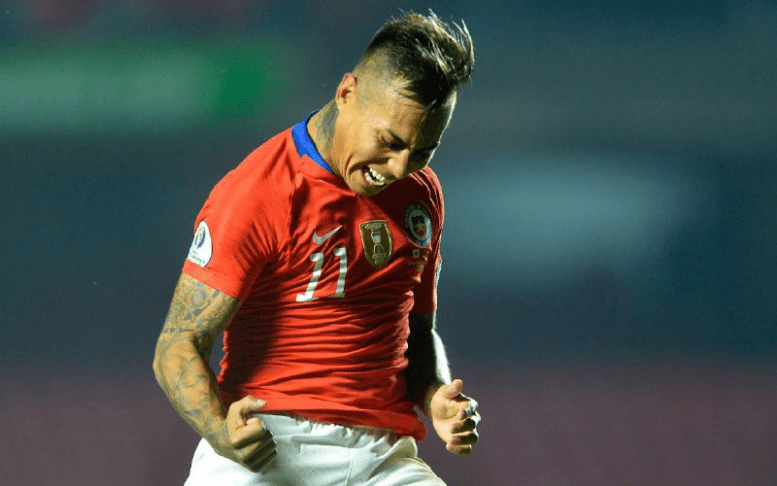 Eduardo Vargas scored a double on Monday in Chile’s 4-0 win over Japan, reached Philippe Coutinho at the top of Brazil’s 2019 scoring chart and became the top scorer in activity in Copa America history.

«Edugol» Vargas scored with a shot from the edge of the area in the partial 2-0 and with a delicate definition above the goalkeeper the 4-0 final victory of the two-time Chilean champion in his debut in Group C of the 2019 Copa America.
With this double, Vargas reached 12 goals in Copa America and passed Paolo Guerrero by one, until Monday the top active scorer in the oldest national team tournament in the world.

Chart of the Copa América-2019 scorers: