Uruguay face Colombia for a place in the semi-final 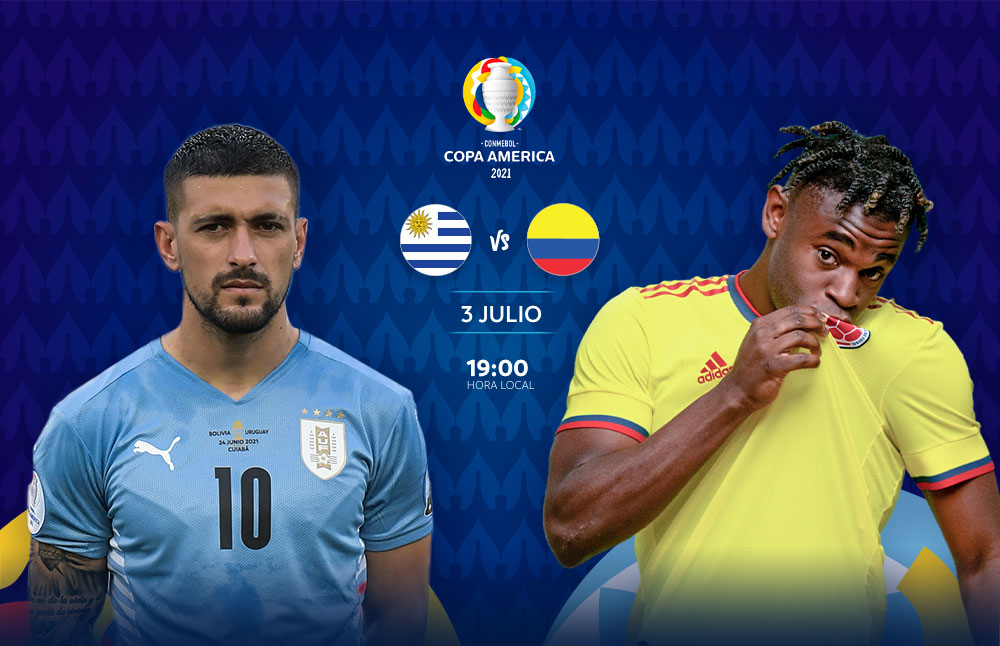 Uruguay face Colombia on Saturday in the quarterfinal of the oldest national team competition in the world.

The huge clash between two of South America’s great powers will kickoff at 19:00 local time (22:00 GMT) at Estadio Mané Garrincha in Brasilia.

This game will between two of the most evenly matched sides in the quarterfinals with Uruguay qualifying in a higher position in their group than Colombia.

Uruguay progressed in second place behind Argentina with 7 points while los cafeteros finished in third in Group B on 4 points behind Brazil and Peru.

Oscar Tabárez’ side has been quite inconsistent so far in the CONMEBOL Copa América but won their final game of the group 1-0 against Paraguay to finish in a very respectable second place.

Colombia had a rest day on the final round of fixtures with the last game coming 10 days ago. against hosts Brazil. They lost this very tight encounter 2-1 with 2 late goals but there were some encouraging signs. An opening day win against Ecuador was key in their progression.

Uruguay have won more Copa America titles than any other side and will look to add to their impressive record. Los cafeteros, on the other hand, are looking for their second win and their first outisde of Colombia.