One by one, the team of the CONMEBOL Copa America chosen by GET 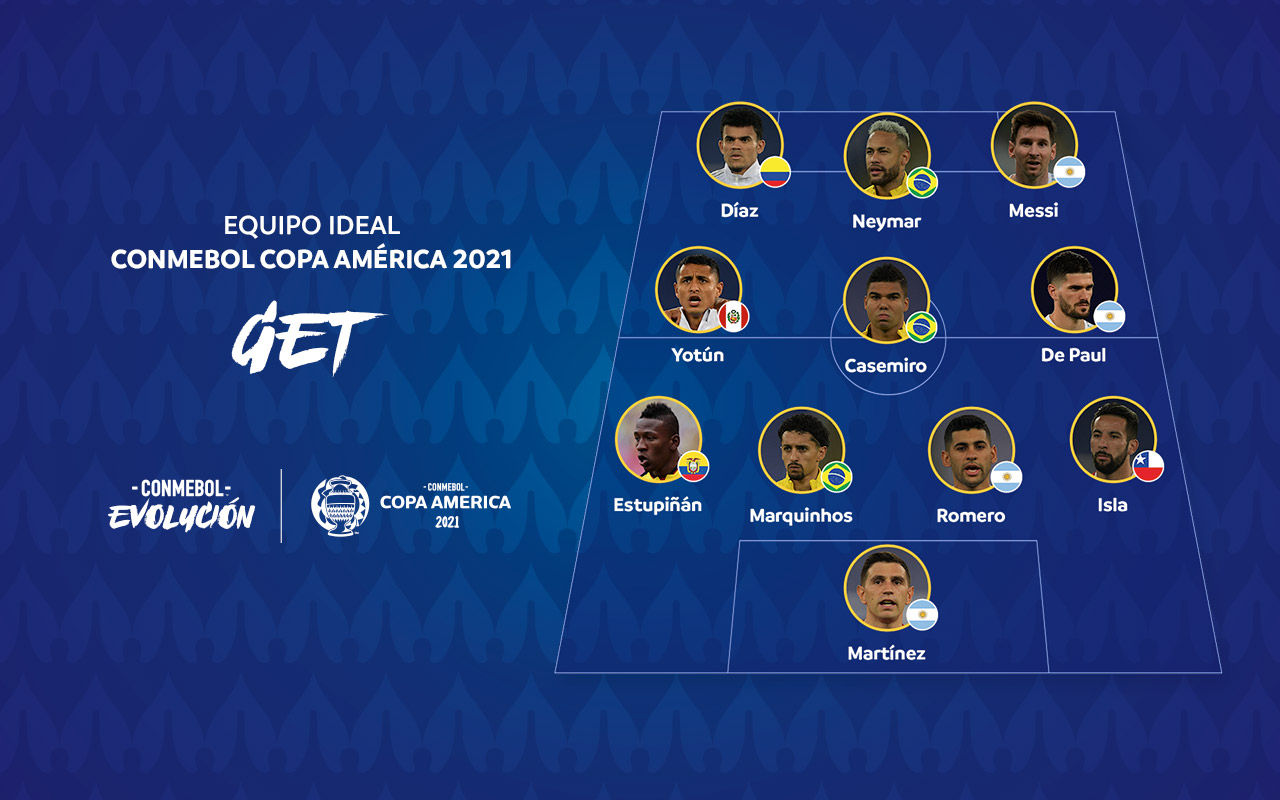 The Technical Study Group (GET) of CONMEBOL have confirmed their team of the CONMEBOL Copa América 2021 which came to a close on Saturday with the dramatic final between Argentina and Brazil.

When it comes to justifying the selection, the numbers speak for themselves:

Emiliano Martínez (Argentina): 2 conceded in 6 games, 4 clean sheets (most in the competition) and he stopped 85.7% of the shots he faced.

Cristian Romero (Argentina): 4.7 ball recoveries per game (second amongst Argentines with at least one game played) and 0 goals conceded while he was on the field.

Marquinhos (Brazil): 2.8 aerial duels per game (the most for Brazil) and 344 passes completed (the best amongst all defenders).

Casemiro (Brazil): 36 aerial duels (the most in the CONMEBOL Copa América) with 63.9% win and 8.3 ball recoveries per 90 (third in the competition).

Rodrigo De Paul (Argentina): 32 ball recoveries (most for Argentina), 6 chances created (second behind the 21 of Lionel Messi) and set up the  Ángel Di María winner in the final final.

Lionel Messi (Argentina): 4 goals, 5 assists, 28 shots with 11 on target (the best in all categories)

The technical study group (GET) of CONMEBOL is made up of the Directors of Development of CONMEBOL and important historic managers in South American football.