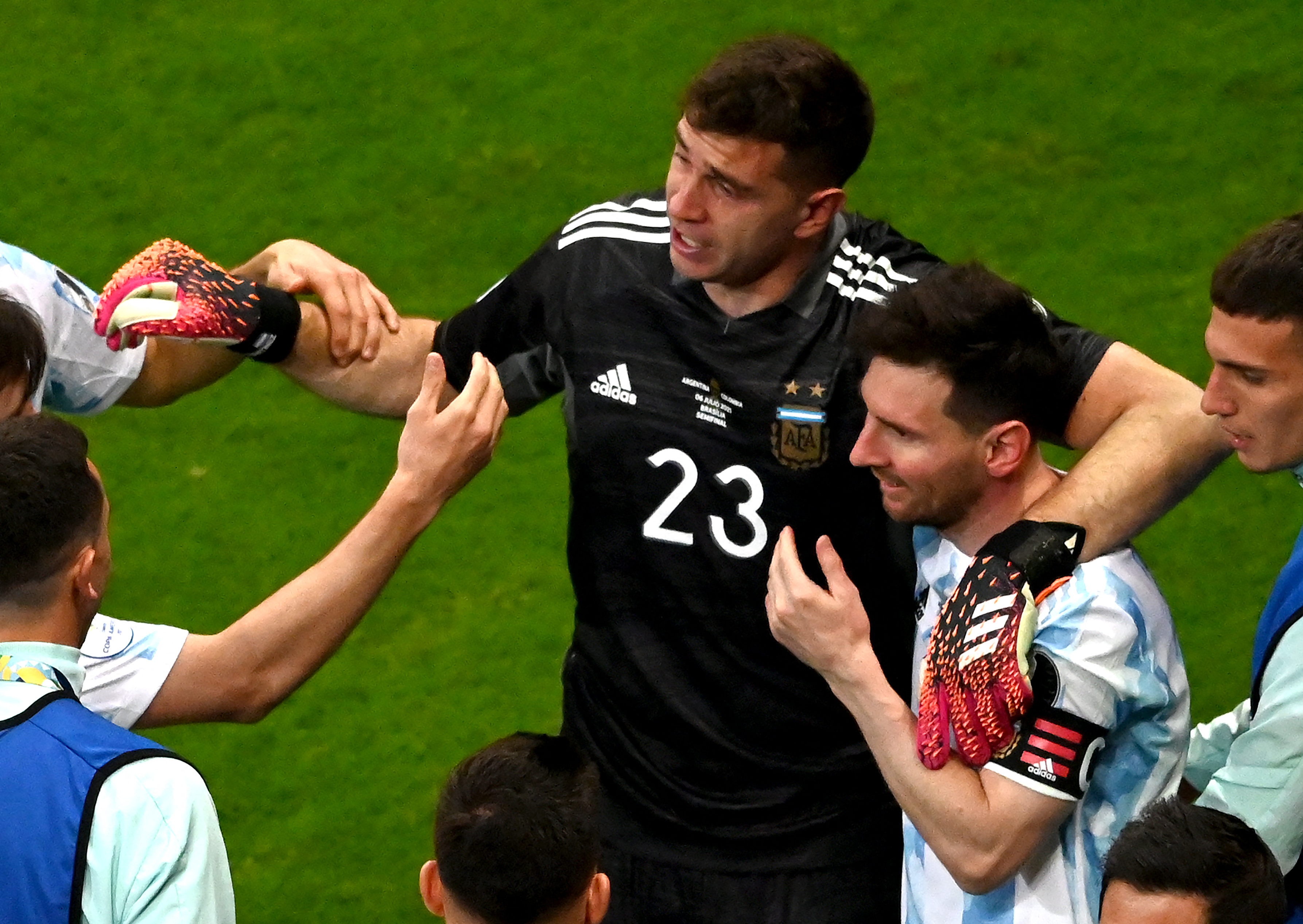 Mar del Plata native Emiliano Martínez has had to wait for his chance to become Argentina’s number 1 but made himself an instant national hero with his incredible performance that helped earn Argentina a place in the CONMEBOL Copa America 2021 final.

The Albiceleste goalkeeper saved penalties by Davinson Sánchez, Yerry Mina and Edwin Cardona in the shootout to give Argentina a 3-2 win agaiant Colombia and book their place in a huge final against Brazil.

Argentina and Brazil will now meet in an epic CONMEBOL Copa América between two of the great rivals in world football.

The Aston Villa stopper moved to England at a young age having played in Argentina for the Independiente youth side. He didn’t become a regular starter until he was 27, became Argentina first choice at 28 and has already secured his place in the history of the national team.

Now he has the chance to help Argentina win their first title since 1993 against old rivals Brazil.