All of the CONMEBOL Copa America champions 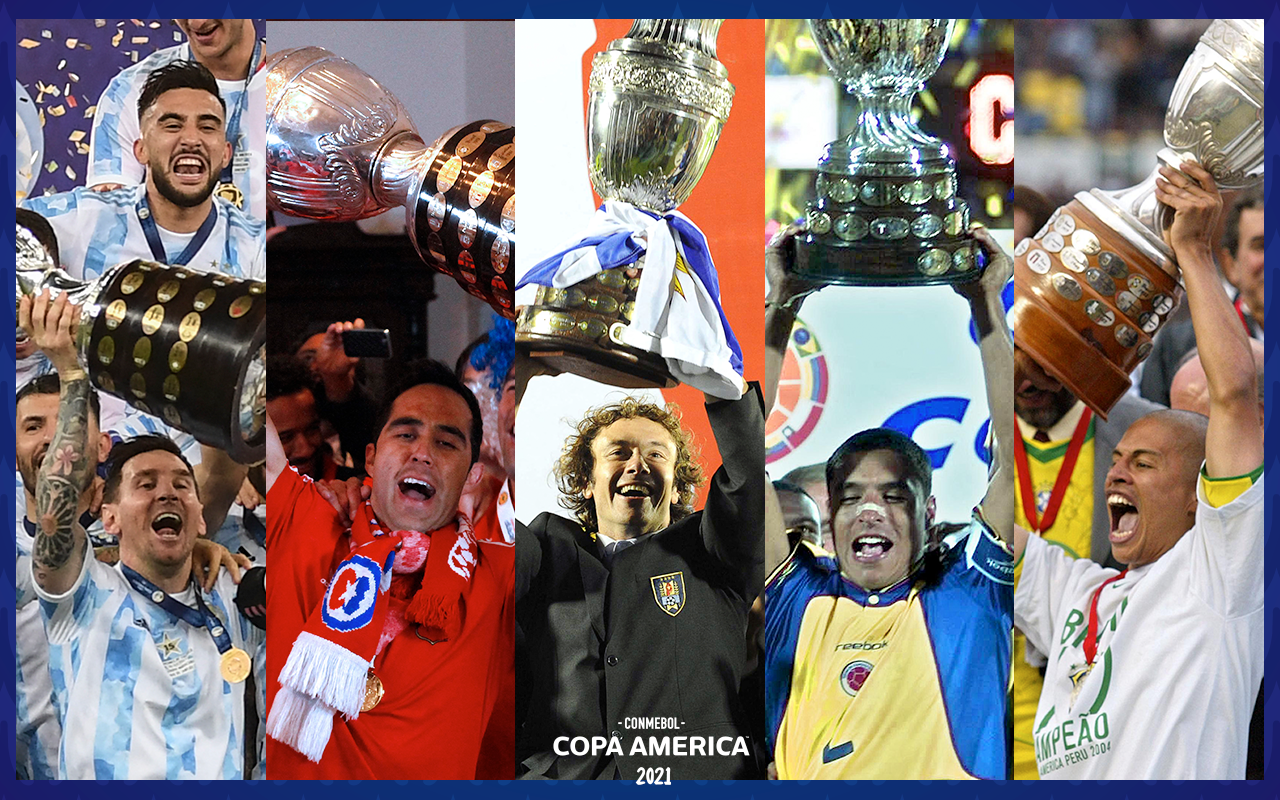 Argentina were crowned champion of the CONMEBOL Copa America 2021 with a 1-0 win against rivals Brazil at the Estadio Maracaná to regain the title after a long 28 year wait.

With that, la Albiceleste have now won 15 Copa America titles to put them joint top with Uruguay as the nation with the most title wins. Brazil has won the tournament 9 times.

Chile have won on two Copa America titles (back to back winners in 2015 and 2016), as have Paraguay and Peru. Bolivia and Colombia have won the title once each, both on home soil.

Uruguay won the first title in 1916 and were dominant in the early years of the competition until Argentina rose to challenge their continental hegemony.

There have been 47 editions of the tournament and 8 of the 10 national teams have been continental champions.

All of the CONMEBOL Copa América champions in history