Peru vs Brazil: A decisive battle for a ticket to the quarterfinals 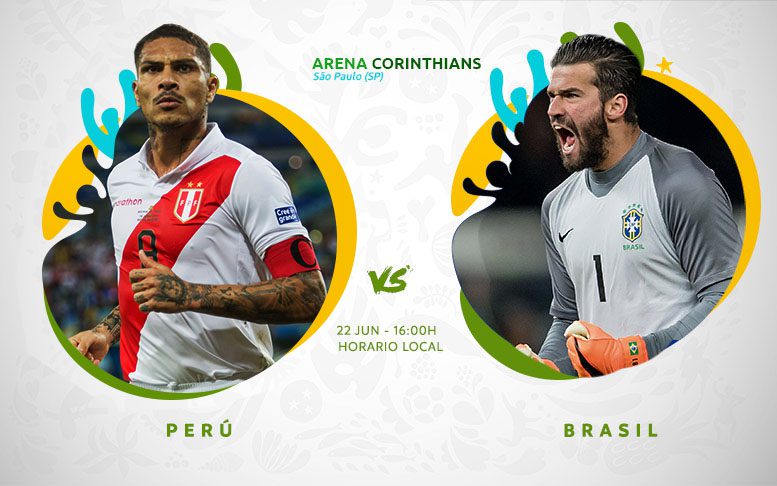 The teams of Peru and Brazil will face on Saturday for Group A, with the mission of achieving a victory that will guarantee them a place in the next round of CONMEBOL Copa America – Brazil 2019.

The team that wins between Brazil and Peru will add seven points and go first in Group A to the quarterfinals. The other team will have to wait for the scoreline between Venezuela, who have two points, and Bolivia, who have not scored, in Belo Horizonte.

If there is a draw between the Incas and the Auriverdes and La Vinotinto beat the Bolivians, the two teams will be defined by goal difference and the third will have to wait for the definition of the other keys.

If Venezuela lose, Brazil and Peru go to the quarterfinals and Bolivia would have to wait to be one of the two best third-placed teams.

Brazil’s mission is to break Peru’s defense, a task that proved difficult in the last match against Venezuela, where Adenor Bacchi’s ‘Tite’ team could not break the scoreline.

The fans are expecting another triumph in the land of Corinthians on Saturday, just as they did in their debut against Bolivia with a 3-0 victory in a great performance by midfielder Philippe Coutinho. «We have a lot of motivation, it’s a very important game, very difficult and a very qualified opponent like all those who have come to the Copa America», said the Barcelona FC player.

Arthur will be available after recovering from an injury against the ‘petroleros’, but Fernandinho is a doubt because of an injury to the right knee.

The only doubt that hangs over the head of Argentinian experimenter Ricardo Gareca, TD, who led Peru to their first World Cup after a 36-year absence, is the central defense.

Carlos Zambrano suffered a discomfort in the 3-1 victory against Bolivia and on Thursday he did not train with his teammates. His replacement would be Miguel Araujo along with Luis Abram.

«We have the confidence intact, the «professor» is always trusting us and that’s important«, said Yoshimar Yotún, who would lead the midfield.

In their first Group A appearance, La Bicolor tied Venezuela without a goal.

Once again, the main Peruvian goalscorer will be Paolo Guerrero, the Copa América’s top active scorer with 12 goals alongside the Chilean Eduardo Vargas. The Peruvian captain knows Tite like only a few, as the Brazilian led him to the 2012 Club World Cup against Chelsea when he was playing for Corinthians.

«We’re going to do everything to win because we want to classify», said the now Inter player from Porto Alegre.

With 9 in the lead, Gareca would keep the roster that defeated La Verde while waiting for Zambrano’s evolution.

With information from AFP