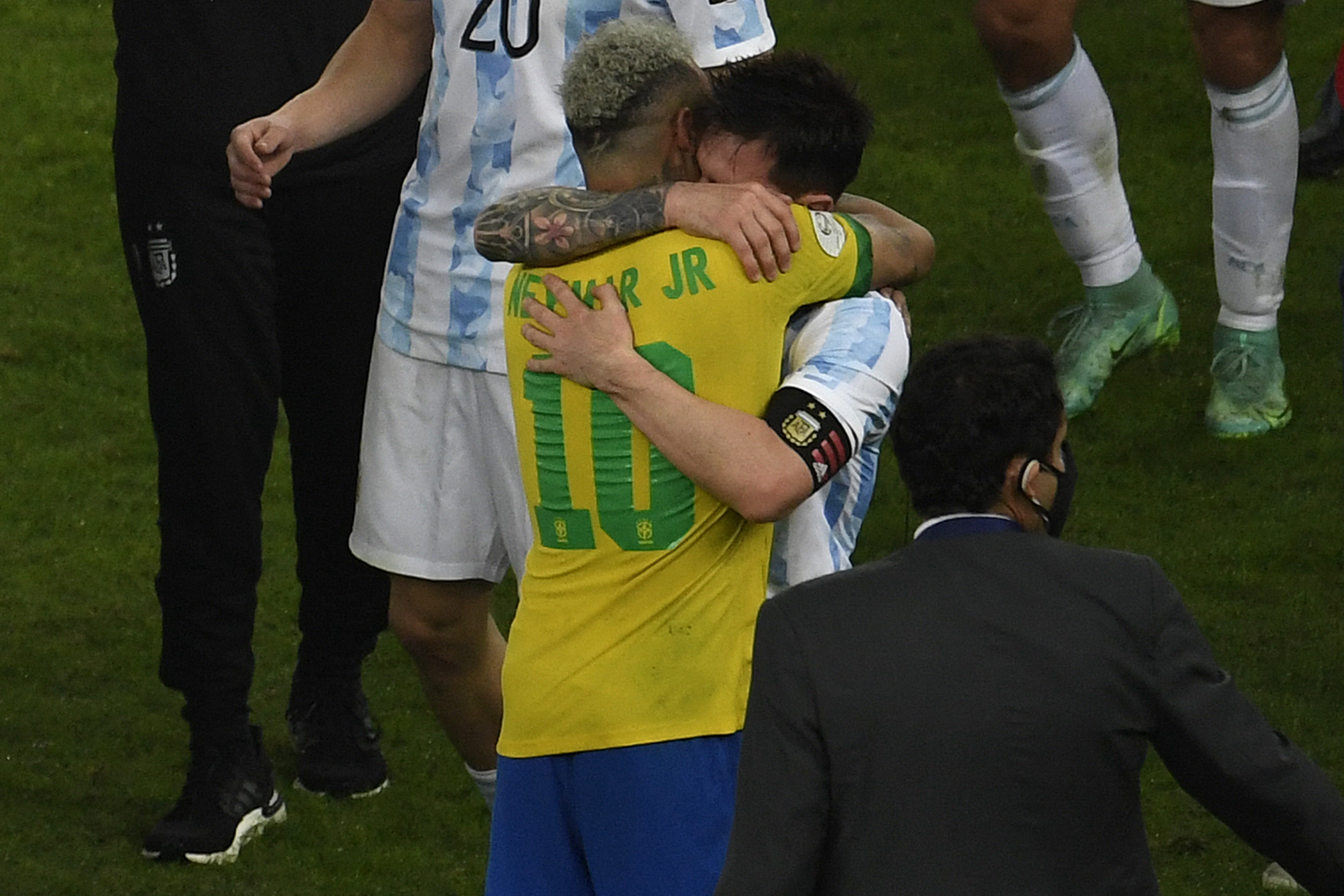 When the final whistle blew at the Estadio Maracaná and Argentina were crowned champions with a 1-0 win against Brazil in the 2021 Copa America, the two great stars of the continent visibly showed hugely contrasting emotions.

On one side, Messi was filled with joy, celebrating his country’s first CONMEBOL Copa America win in 28 years with his teammates in the knowledge that as player of the tournament he had made a major contributed.

On the other side, Neymar was the image of dispair, crying at the dissapointment to have lost a continental final on home soild, something he felt particularly strongly having missed out on his country’s 2019 win.

However, the beauty of football means these greats stars who on the field are fierce rivals also share a friendship and empathy, which was clearly on display after the game came to a close.

United by the game

The story of the friendship between Lionel Messi and Neymar began in Spain, where both shared the Barcelona changing room from 2013 to 2017.

WWhen Neymar left Barca join PSG, his friendship with the Rosario native continued. The pair expressed their desire to play again together in the future if they could.

At the CONMEBOL Copa America 2021, following Brazil’s win against Peru in the semi-final Neymar made it clear that he would rather face old rivals Argentina. «I want Argentina because I have friends there and the winner will be Brazil» he explained.

Neymar did face his friends at Argentina and when his Brazil tem lost he wanted to show his respect and congratulate for the victors.

The image of Neymar, Messi and Leandro Paredes speaking in the stairs of the changing room at the Maracaná travelled around the world.

«Yesterday when I lost, I hugged the great and the best in history that I have seen play: my friend and brother Messi. I have a lot of respect for what he did for football and, above all, for me. I to do it, to lose! But enjoy! it is your title, football has waited for this moment!» Neymar wrote on social media.

After the CONMEBOL Copa America 2021 which brought the pair together again on the pitch, Lionel Messi and Neymar seem to be more united than ever. And the whole world enjoyed their friendship which is greater than rivalries and egos.