Marcelo Moreno Martins: an icon of the Bolivia national team in the CONMEBOL Copa America 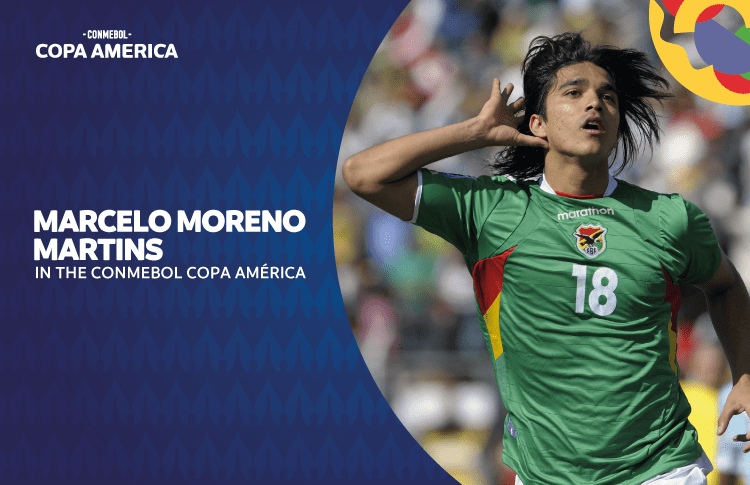 His name is tattooed for life in the hearts of the Bolivian people. His ability and intelligence to finish and be a team player cannot be denied. His experience proves what kind of player he is.

Marcelo Moreno Martins is the iconic football player in the history of the Bolivia national team. Not only because he is the top scorer, but also for his charisma and his clear attachment to the country (he could have played for Brazil).

The athlete, who was born in Santa Cruz de la Sierra, played a huge role in leading his country to the quarterfinals of the 2015 CONMEBOL Copa America, after not being able to go past the group stage for six editions.

Speaking of numbers, the 34-year-old top scorer has participated in a total of 4 editions of the CONMEBOL Copa America. In total, he played 11 matches, scored 3 goals and provided an assist.

Without any doubts, it can be said that «El Matador», as his teammates call him, left his mark on the Bolivia national team and showed that he wants to continue competing at the highest level. With the mindset in the upcoming CONMEBOL Copa America, the forward will be 37 years old. Will he be able to take his beloved «Verde» to the final stage of the greatest continental football competition?