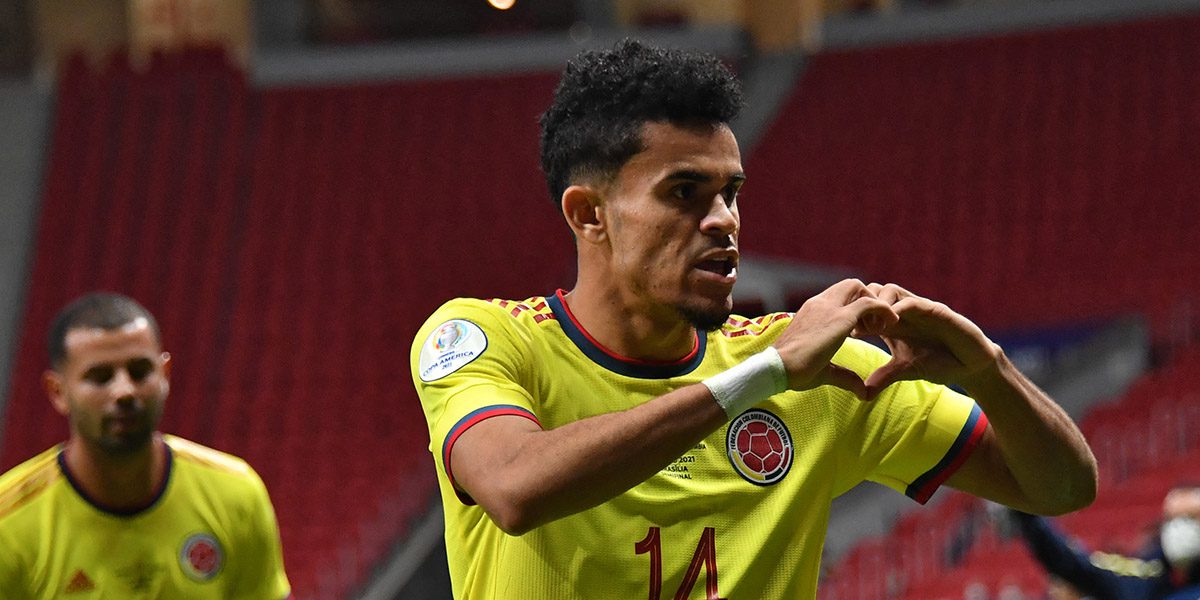 From a young age, he has been part of several major teams. He began his career in Barranquilla, and later in Junior, but in 2019 he emigrated to Portugal’s Porto and in 2022 he landed in England’s Liverpool, after an extraordinary CONMEBOL America Cup in 2021.

At this tournament played in Brazil, Diaz scored 4 goals in 5 matches, and was one of the key players responsible for Colombia’s performance, and furthermore, one of CONMEBOL America Cup Top-Scorers along with Lionel Messi. The “cafetera” (coffee-loving”) National Team ended in third position, after being defeated by Argentina in a penalty shootout and winning the decisive match for the Third Place against Peru.

His goal streak began in the match against Brazil, where Colombia was defeated by 1-2, but then the most important part came along. Three goals in the Final Stage: one against Argentina in Semifinals, and the two most important goals scored in a key match. Playing for the Third Place, the “cafetero” team took a win home by 3-2 against Peru. Diaz scored the last goal at minute 94.

He has been nominated with the Golden Ball award and he plays for one of the most important teams in the world. Luiz Diaz has yet a lot to offer. He is a mega star that hasn’t peaked yet and that will keep struggling to place his nation in the highest altitudes, and to enhance South American football.