Messi, the best player at the CONMEBOL Copa America 2021 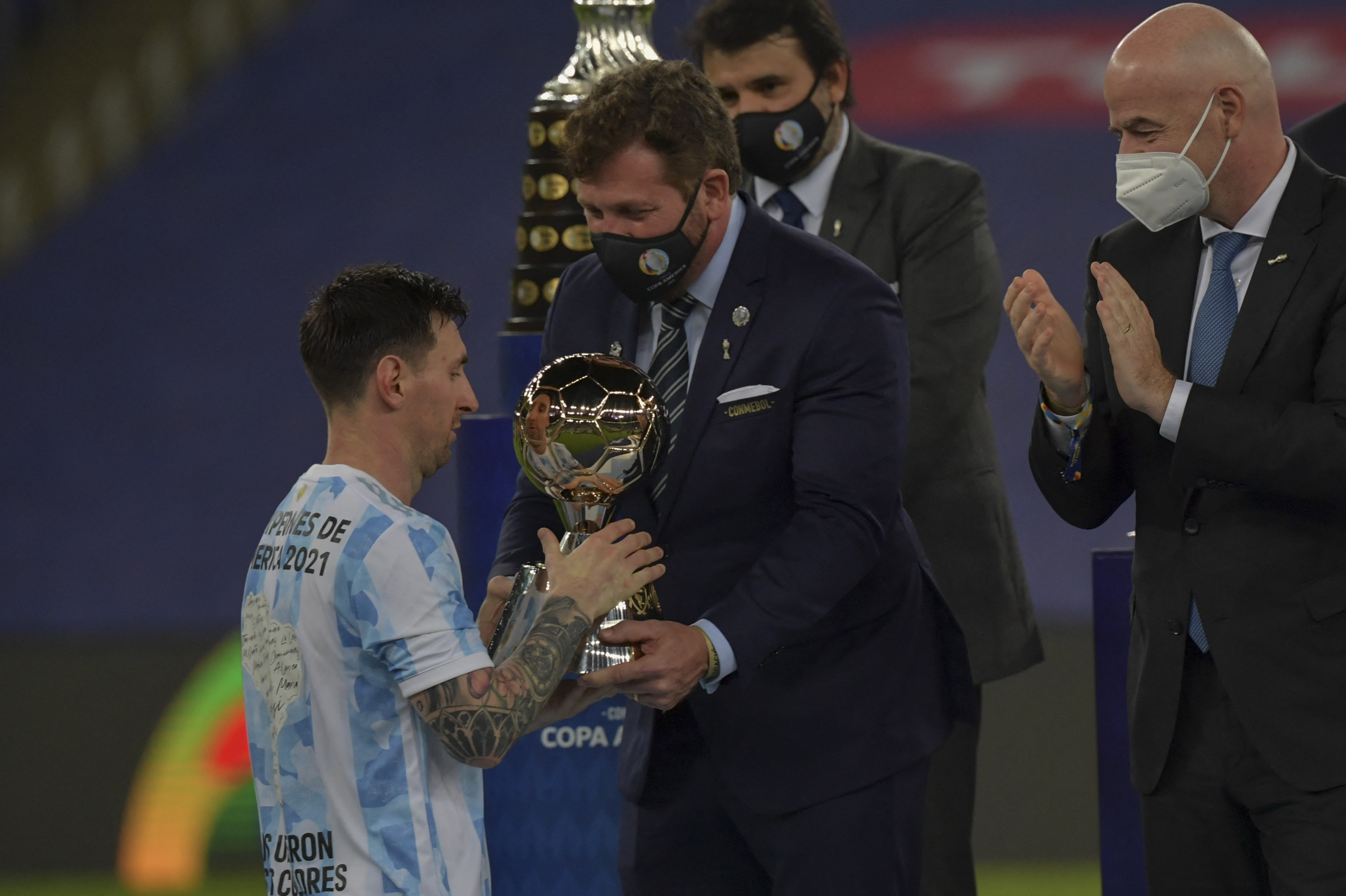 His tears at the final whistle, the hug for each of his teammates, his support for the coaches and his video call to loved ones in the middle of the field at the Maracaná. Nobody else felt the impact of this huge Argentina win at the CONMEBOL Copa América 2021 like Lionel Messi.

The Argentine captain spoke of the weight on his shoulders he felt for so many years following the final defeats in 2015 and 2016. Now, finally, the legendary 10 can celebrate his first national team triumph.

Nobody can doubt that Lionel Messi played a huge part on route to this win. The Barcelona superstar was named player of the tournament at the 2021 Copa America and his impact was remarkable.

The Rosario native was at the heart of almost all of Argentina’s best attacking play and his inspirational leadership unified the side defensively in the difficult moments.

Firstly, Messi, alongside Colombian Luis Diaz, finished top scroer with 4 goales (1 from a penalty).  He scored against Chile in the opener, scored 2 against Bolivia in the group and found the net against Ecuador in the quarterfinal.

As if this wasn’t enough, Argentina’s captain also finished top in assists (5) and created the most chances for his team (21).

In total he had 28 shots, with 11 on target. He scored 2 goals from direct freekicks and was fouled 23 times (the third most behind Neymar and Christian Cueva).

Defensively, Messi has improved constantly in recent years. He recovered the ball 23 times (3.29 per game).

ALL OF MESSI’S NUMBERS AT THE CONMEBOL COPA AMÉRICA 2021: