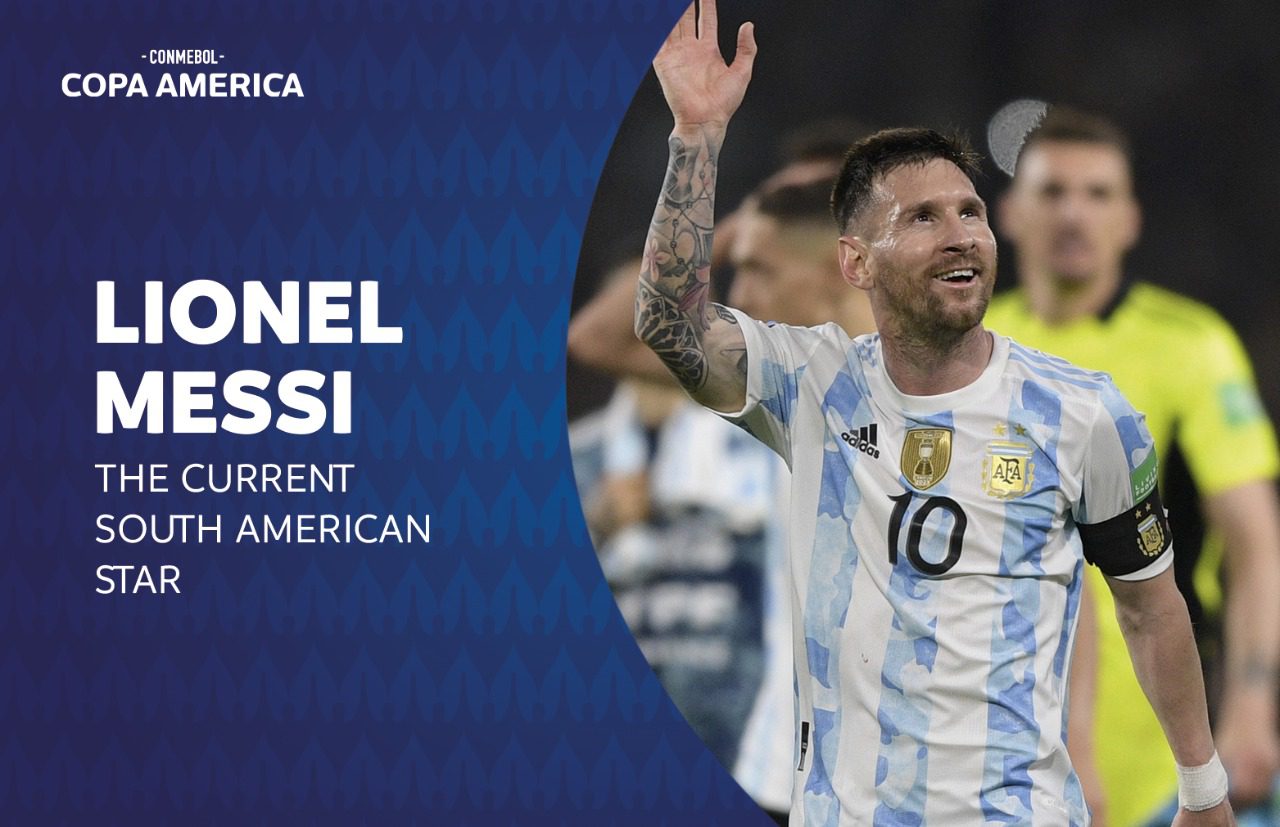 Skill, goals, spirit, discipline, leading. What can we say about the best player in the world that hasn’t been said before? By being CONMEBOL America Cup Champion in 2021 with Argentina, he had his reward after many years playing for the National Team (la Albiceleste – “white and sky blue”). Along with the team achievement, he was elected Golden Ball of the tournament and he was one of the top goal scorers in the competition.

Leo also accomplished two records: he became the second player with most appearances in CONMEBOL America Cup, as he matched Chilean goalkeeper Sergio Livingstone with 34 games played; furthermore, he turned into the second Argentine player to reach 6 appearances in the most important tournament of the continent.

So far, La Pulga (“the Flea”) has played 163 matches with the National Team, where he scored 86 goals and made 48 total assists. He was Champion at Beijing 2008, where Argentina obtained its second -and consecutive- Gold Medal in the Olympic Games.

Messi achieved another official title on June 1st, when the National Team -the latest CONMEBOL America Cup Champion- played against Italy -the Eurocup Champion- in a match called “la Finalissima”. Lionel Scaloni’s team beat Italy by 3-0 and raised their second official trophy in less than a year.

The best goals of Lionel Messi in the CONMEBOL America Cup.