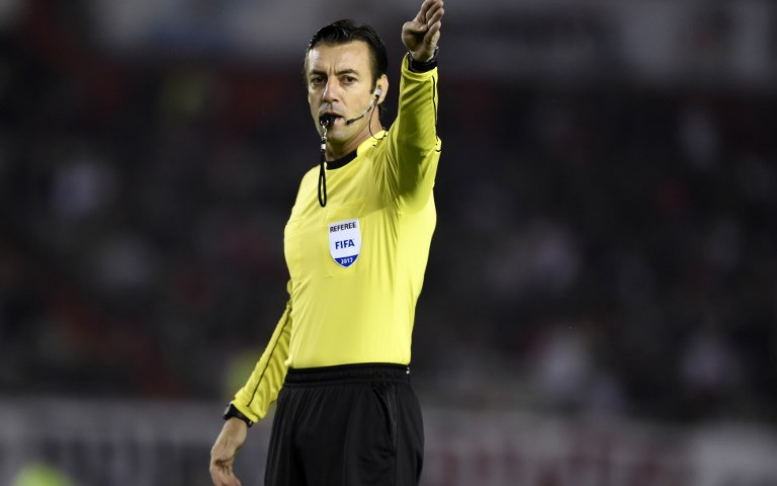 From the 1st of June, some changes in football will be valid. Know here all the details that will also be in Brazil 2019.

The International Football Association Board announced this March the changes and clarifications to the football regulations that will be valid from June 1, it means that these adjustments will be present at the CONMEBOL Copa América Brazil 2019.

Changes in the Law 3: Substitutions

The player who has been substituted must leave the field of game at the point closest to a line or the finishing line (unless the referee indicates otherwise, the player may leave quickly/immediately through the center of the field or a different point for your safety, injury, etc.).

Changes in the Law 4: Uniform of the players

There are allowed inside shirts of various colors/patterns are permitted if they are equal to the sleeve of the main shirt.

Changes in the Laws 5 and 12: Team Officials

A member of a team, guilty of misconduct, will receive a yellow card (YC) or Red Card (RC) admonition as an expulsion; If the infringer cannot be identified, he will be the first coach of the team, who is in the technical area at that moment, who will receive the yellow or red card.

To this point, Law 12 extends the concept.

To take care of the safety of the players, the rule allows, in certain conditions of high humidity and temperature, pauses to ‘cool off’ (from 90 seconds to 3 minutes) to allow the body temperature to lower, unlike the pause for ‘drink’ (maximum one minute) to rehydrate.

Changes in Laws 8 and 9: Dropped ball

If the move is stopped within the penalty area, the goalkeeper should start with a «dropped ball».

â€¢ If the move is stopped outside the penalty area, the ball will be ‘thrown to the field» for a player of the team that touched the ball for the last time.
â€¢ In all cases, the other players (of both teams) must be at a distance of at least 4 meters.
â€¢ If the ball touches the referee (or other match officials) and then the following situations are presented: pass the goal line, the team that owned the ball loses it or a promising attack is generated by the opposing team, then a will be awarded «dropped ball».

If the referee is going to booked with Yellow Card (YC) or Red Card (RC) but the team that received the foul throw the free kick quickly and creates an opportunity to score a goal, then, the referee may delay the caution until the next break in the match if the offended team is not distracted by the referee.

Changes in Law 12: Touch the ball with your hands

Touching the ball with your hands is an infringement.

â€¢ In the following situations in which the ball is touched with the hands, even accidentally, a free kick will be declared when:

o The ball crosses the goal line after touching the hand or arm of the attacking player.

o The player controls or achieves possession of the ball after touching it with the hand or arm and then scores a goal or creates a scoring opportunity.

o The ball touches the player’s hand or arm after the player has made his body bigger unnaturally.

o The ball touches the hand or arm of a player when it is over his shoulder (unless the player has deliberately played the ball which then touches his hand or arm).

â€¢ The following cases are not usually a free kick, unless they are one of the above situations:

o The ball touches the hand or arm that is close to the player’s body and has not made his body unnaturally bigger.

o If a player falls and the ball touches his hand or arm when they are among the body and the ground to support the body (without extending them to make the body bigger).

o If the goalkeeper tries to «clear» (throw-in the game) a throw-in or a deliberate kick from a teammate, but the «clearance» fails, the goalkeeper can control the ball.

When there is a «barrier» of three or more defenders, the attackers are not allowed to be within 1 meter of the barrier; an attacker who is less than 1 meter from the ‘barrier’ when the free kick is taken will be penalized with an indirect free kick.

â€¢ When the defending team takes a free kick in their own penalty area, the ball is in play once the kick is executed; they do not have to leave the penalty area before they can play. This same change was made for the goal kick, explained in Law 16.

â€¢ The player of the team that has the penalty kick can (quickly) receive a treatment/medical assistance after the shot.

â€¢ The goalkeeper must not be touching the vertical or horizontal poles, nor the mesh; It should not move.

â€¢ The goalkeeper must have at least one part of the foot in or on the goal line when the penalty kick is taken; It cannot be behind the line.

*Information taken from the International Football Association Board website.