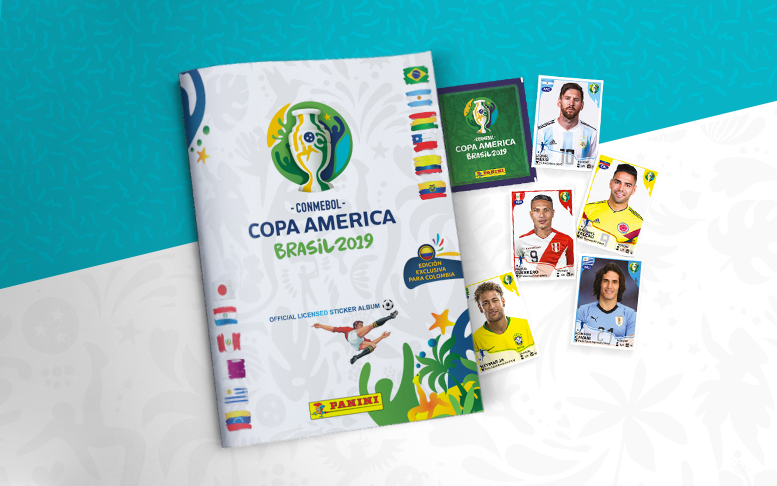 On June 14 will be the start of the oldest continental tournament in the world and, as usual, fans can enjoy the tournament with the traditional Panini Album, which will bring the collectible sticker book with the images of the 12 selections participants of the CONMEBOL Copa América Brazil 2019.

The expectations in the tournament grow with the passing of days and the Panini Album will rise the emotions by bringing a collectible of 400 stickers, in which the 10 South American national teams will appear, all together with the guests Qatar, host of the FIFA World Cup of 2022 and current champion of the Asian Cup and Japan, vice champion of the same tournament.

In addition, it has a colorful cover that shows the symbol of the CONMEBOL Copa América Brazil 2019 and the flags of the event participants. The fans will collect the trophy and official ball film adhesive, the shields of the 12 participants, photographs of each Team and the stickers of the head and shoulders of the players.

«This collection means for us tradition, prestige, but also a present in constant evolution. Collectors will recreate the event again and again and everywhere. Collecting is fun and is for everyone: children and adults» expressed José Martins, Manager of Panini in Brazil.

Get ready now, acquire your Album and fill yourself with passion for your National Team, your favorite players and the CONMEBOL Copa América Brazil 2019.