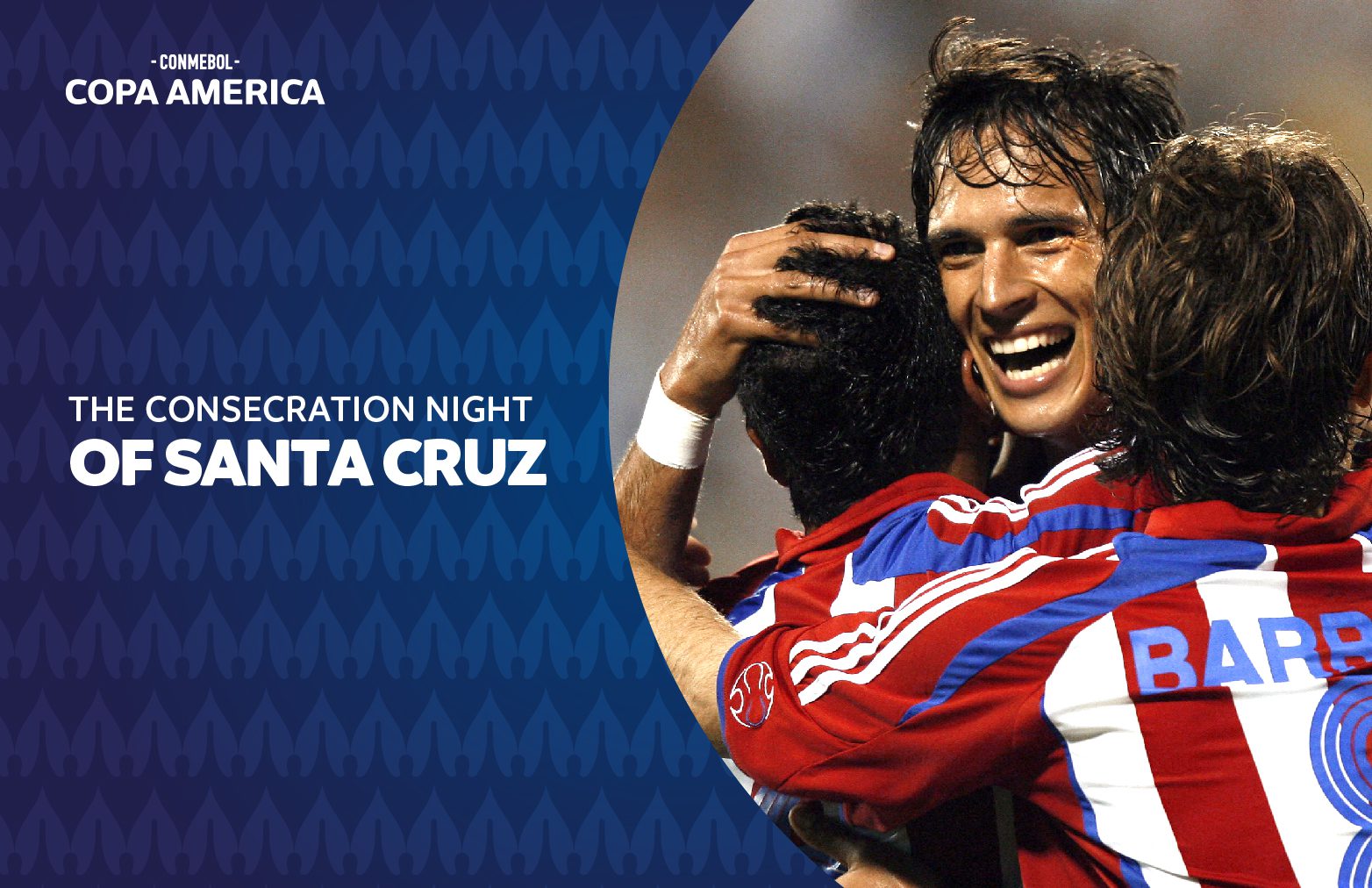 June 28th, 2007 was not a regular day. At Maracaibo City, Venezuela, the first match of CONMEBOL America Cup Group Stage -in this case, for Group C- was being held between Paraguay and Colombia. This day left a mark for Roque Santa Cruz at the Paraguayan national team. The striker -at that time, playing for Bayern Munich- scored a hat-trick as part of the 5-0 triumph against the Colombian national team.

Paraguay’s historical top scorer made his first appearance in the net in the minute 30, after a counterattack that found him onside and left him face to face with the goalkeeper Calera. He beat him with a flawless shot.

The first half ended 1-0, but 16 minutes into the second half, Edgar Barreto set up Santa Cruz once again and the striker blasted a low shot with his right leg for the 2-0 of his team’s debut.

The third goal came with a long cross from Carlos Bonet and a perfect header by the scorer that left the Colombian goalkeeper with no chances.

In 2011, he ended Runner-Up in a well-remembered final match against Uruguay.

Furthermore, he participated in three consecutive World Cups, from Korea-Japan 2002 to South Africa 2010, where he scored one goal in the tournament held in the Asian continent.

For all this, and for all that came afterwards, that June 28th was a consecration for the historical Paraguayan scorer, who keeps breaking nets with his goals.