"It was an important step" to overcome Ecuador, said Uruguayan Cavani 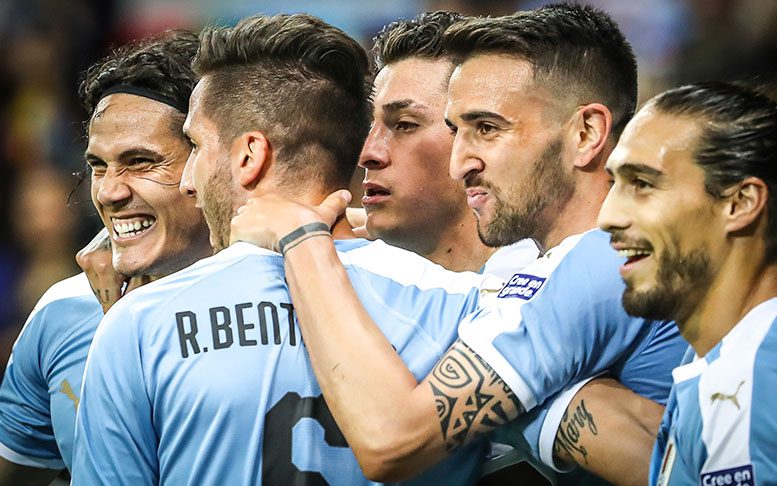 Uruguayan Edinson Cavani, as well as his teammates Luis Suarez and Diego Godin said that it was an «important step» for the «Celeste» to beat Ecuador 4-0 on Sunday in their Copa America-2019 debut, in a dreaming game for ‘El Matador’ that scored for the first time in the maximum continental tournament.

Nicolás Lodeiro (6), Cavani (33), Luis Suárez (44) and Arturo Mina with an own goal in the 77 minutes, scored the goals of the Uruguayan team. With this result the Uruguayans lead the Group C while they wait for the result between Chile and Japan on Monday.

«We had chances in the first half, we managed to score and we did it, that gave us the calm to handle the game (…) it was an important step,» said Cavani at the end of the match played at the Mineirao stadium in Belo Horizonte.

«We are ready to fight» in the Copa América, Cavani added.

The striker of Paris Saint Germain stressed that the sending off of José Quinteros in the 24 minutes made things easier for the Celeste.

«We knew it was going to be a very difficult opponent, the important thing was that we came into the game with the maximum of concentration and it the result was achieved,» added the ‘Matador’.

The other two Uruguayan scorers of the night, Nicolás Lodeiro and Luis Suárez highlighted that the match was tougher than the 4-0 result.

«The important thing was that the team won and now we have to prepare for the next match,» said Suárez, historic scorer of the Celeste with 57 goals.

For Lodeiro, whose goal tonight was the 400 of Uruguay in the history of the Copa America, said that the vital thing is «to follow our identity, do things well (…) go and play well every game, improving all the time».

And the captain, Diego Godín, also celebrated to start a tournament with an overwhelming triumph «because the debuts are always hard».

Uruguay will return to action on Thursday against Japan in Porto Alegre.