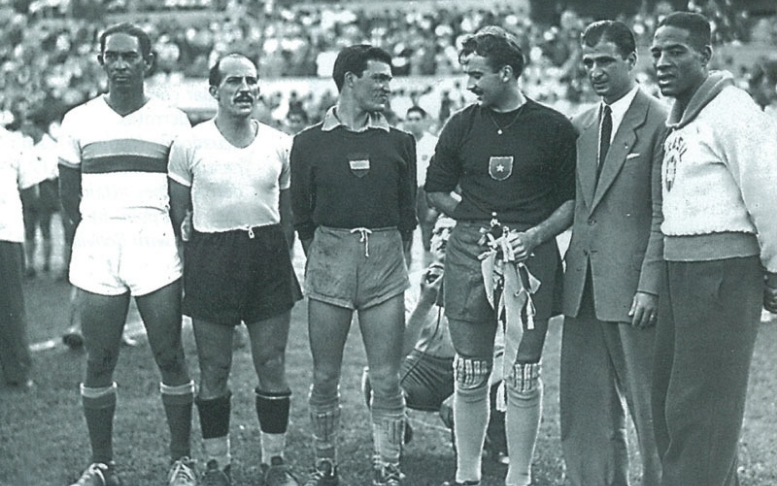 You should know now when the tournament was played for the first time with the 10 selections and several curious facts about the continental competition.

70. A tournament that was played in two different years: The South American Football Tournament of Argentina in 1937 began on December 27, 1936 and ended on February 1, 1937.

68. Debut as TD and as a player: The Ecuadorian national team debuted in the South American Tournament in 1939. This premiere was also marked by the appearance of Ramón Unamuno, not only as a player, but also as a coach of the Ecuadorian team.

66. Football as legacy: One of Ecuador’s outstanding football players was Enrique Raymondi, who played as a striker in the 1945 Cup. Years later, his son, also called Enrique, also played the tournament in 1963.

64. Friends during halftime: The substitutes of the Paraguay and Uruguay National Teams spent time together, as friends, during the break of the match between both national teams in the 1946 tournament.

62. José Manuel Moreno, numerous Argentine champion: Nicknamed ‘El Charro’, Moreno, in 1945 he was champion with the de España Club, of Mexico, in 1949 with Universidad Católica, of Chile, and in 1955 in Colombia with Independiente Medellín. In addition, he won the title of the South American Tournament in 1947 and that same year he won his fifth championship with River Plate.

61. Bolivia begins to wear the green jersey: The traditional uniform of Bolivia appeared in the 1953 tournament. Before they had worn a white jersey in 1926 and to this date it is not known why they wore a black and white striped jersey in 1946.

59. From the Cup to Europe: Omar SÃ­vori and Antonio Valentín Angelillo won with Argentina the South American Tournament in 1957. Both were known as ‘Los Carasucias’, in their youth and daring game. After the tournament, Sivori went from River Plate to Juventus, and Angelillo from Boca Juniors to Inter Milan.

57. Ecuador and a multi-champion coach: For the tournament in 1959, the Ecuadorian team had the Uruguayan Juan López as coach. Lopez guided the team of his country in the 1947 and 1957 Cups and was the World Champion in 1950.

56. A new champion in 1963: For the first time in history, the Cup was played in Bolivia and the champion was the local team. The coach of the Altiplano team was the Brazilian Danilo Alvim, who won the tournament with his country in 1949.

55. A match of altitude: For the first time in the history of the tournament, matches were played at over 3.600 meters. It was in Bolivia in 1963, which had as host of several games in the city of La Paz.

54. A doctor was beginning to forge his history in football: In 1963, the Colombia Team had the debut of the coach Gabriel Ochoa Uribe. ‘El Doctor’ became one of the most important coaches in the «cateferos» history of football.

53. Victory that could not be repeated: Despite having 8 players of the historic team of 1963, the Bolivian National Team could not repeat the achievement in 1967 and finished last, without any win or goals.

52. A tournament of 10 and 90: For the first time in the history of the Cup, in the 1975 edition of the tournament it featured 10 South American national teams and they were divided into groups. Matches were played in all countries, and the tournament lasted as never, 90 days.

51. In Colombia the TD and 10 players make their debut: In the match that Colombia won 1-0 against Paraguay in Bogotá in the 1975 tournament, all the players except Arturo Segovia debuted. The same happened with the coach Efraín ‘Caimán’ Sánchez.

50. N 32-player team: Record in the tournament. The champion Paraguay used 32 players for the 1979 tournament that was played throughout South America. After the nine matches played, the Guarani raised the trophy.

#VibraElContinente with the CONMEBOL Copa América Brazil 2019, tournament that will have place from June 14 to July 7. Wait for the third part of this article next on April 25.