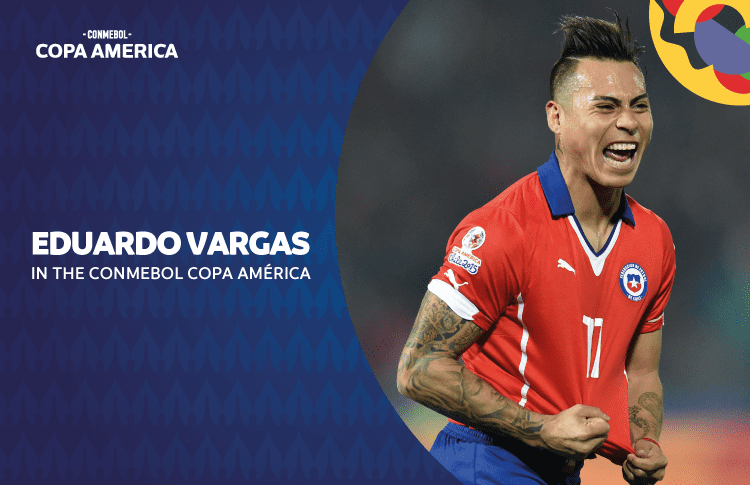 Over the years, Eduardo Vargas, who currently plays as forward for “Atlético Mineiro”, became a key player for Chile national team and an essential factor for winning the 2015 and 2016 editions of the CONMEBOL Copa America.

The 32-year-old footballer born in Santiago, not only has had an amazing football career, but also holds a historical record for his country and for the championship. He is one of the top scorers of the CONMEBOL Copa America, with 14 goals, and comes after Norberto Méndez and Zizinho (17) and then Severino Varela and Teodoro Fernández (15).

With this record, which was achieved in the last edition of the tournament, the Chilean attacker caught up with Peruvian Paolo Guerrero’s record as the top scorer, still active in the field, of the Copa America. Besides, he was three goals away from being number 1, together with the already mentioned players: Méndez and Zizinho.

In addition to this, it should be noted that «Turboman», as he is known in his home country, has scored 40 goals for his national team, taking all the tournaments into account, and he strengthens as the second top scorer (or «pichichi») in the history of “La Roja”. What’s more, he is just 9 goals away from Alexis Sánchez.

Looking forward to the 2024 CONMEBOL Copa América, the winger will have turned 35. Will he be able to be crowned top scorer of this continental tournament?