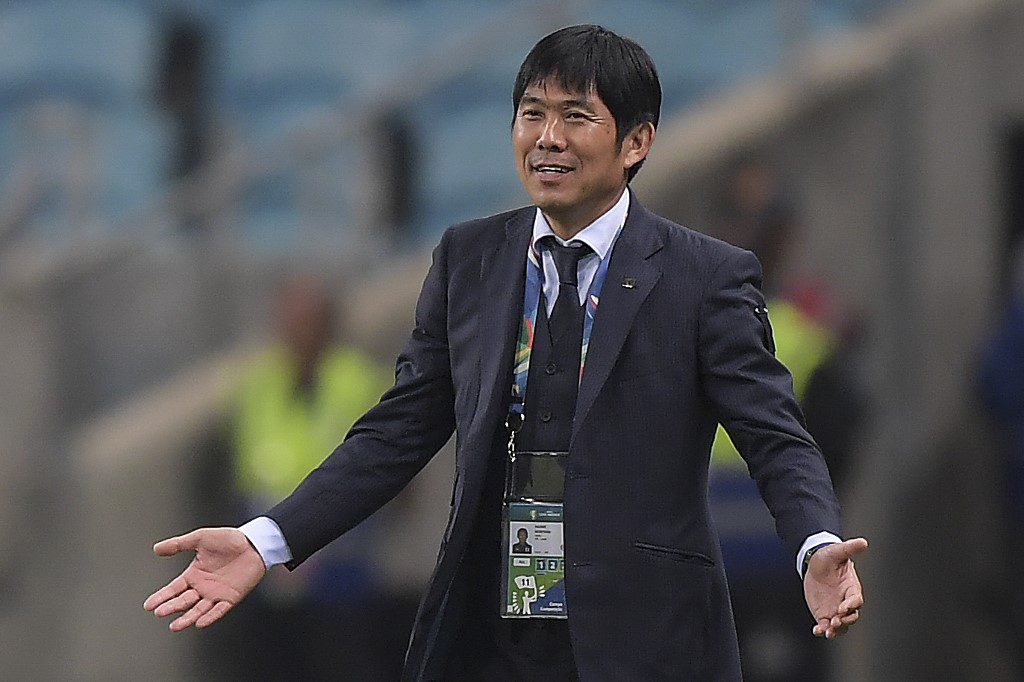 Japan coach Hajime Moriyasu complimented the «defiant spirit» shown by his players to stop a «top» team like Uruguay and sign a valuable 2-2, this Thursday in Porto Alegre for Group C of the CONMEBOL Copa America.

Japan surprised with two goals from Koji Miyoshi (25′ and 59′) and the Celeste tied with goals from Luis Suarez and Jose Maria Gimenez penalty, at 32 and 66 minutes.

The Japanese players «had a lot of courage to play the game, (I celebrate) the defiant spirit they had», against a «top» opponent, said the Japanese coach.
«The Japanese players came to play as equals» and even they could win the match, added the TD who arrived at the CONMEBOL Copa América with a squad full of youth with their sights set on the Tokyo 2020 Olympic Games and the next Qatar-2022 World Cup.

Moriyasu said that with «the fusion of young and old we achieve a structure and form a good team» that won a tie in the Copa América that will bring «development and confidence,» he concluded.

The tie left Uruguay at the top of Group C, with four points, awaiting Friday’s clash between Chile and Ecuador, who arrive at the match with three and zero points. Japan, with one point, is still in the race for a place in the quarter-finals of the Cup.