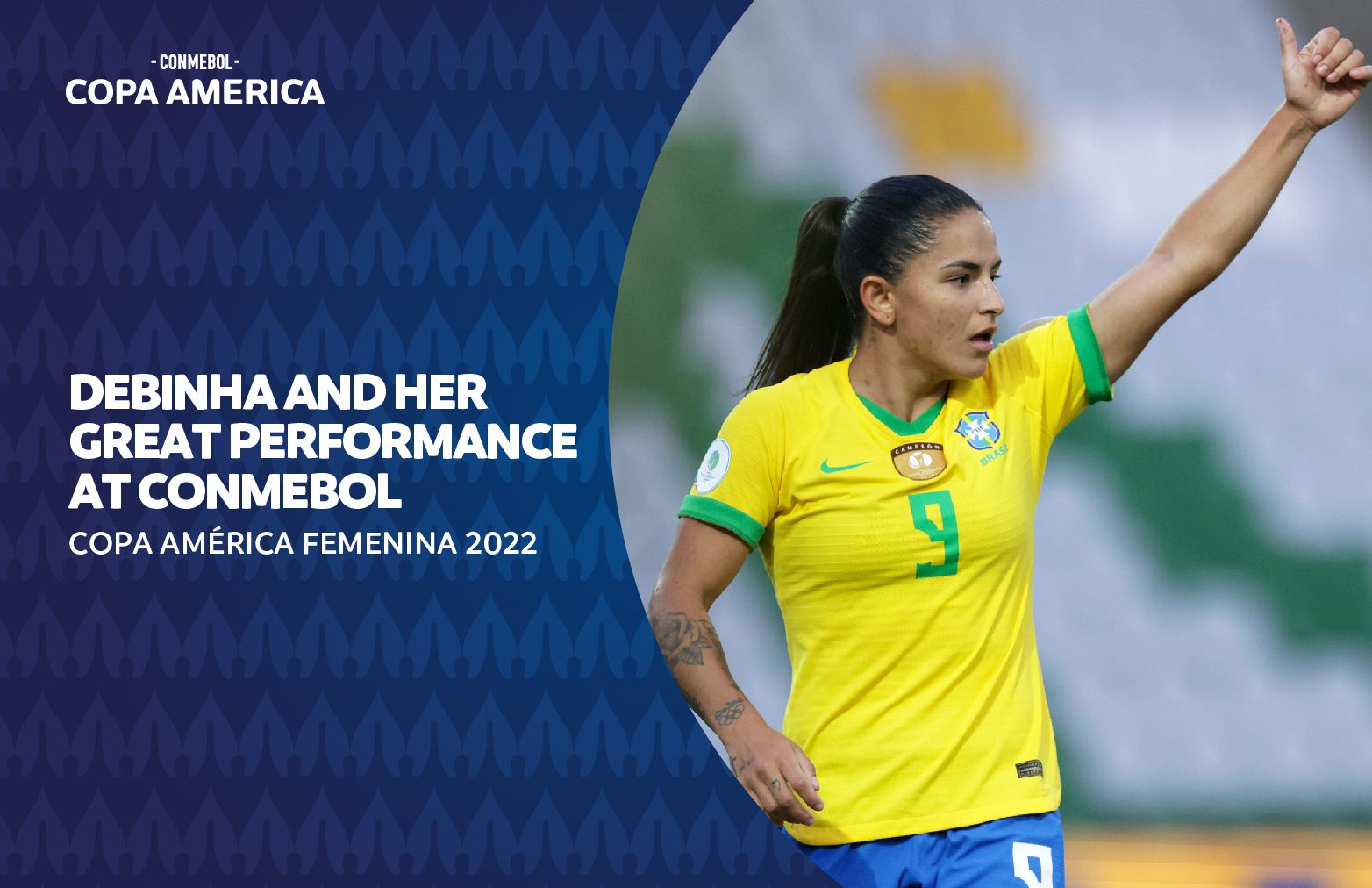 Speed, game, goal. To a striker, what else is there to ask for?

Débora Cristiane de Oliveira is the forward that became the main figure of Brazil’s triumph in CONMEBOL Copa America Femenina – Colombia 2022. She was also chosen to be part of the Best Team. With Adriana, they both were the team’s top scorers with five goals each.

Debinha triggered the penalty kick and traded it for a goal in the Finals against Colombia, where Brazil won by 1-0 and achieved their eighth title in nine editions.

The history of the Brazilian player began much earlier, as she was also Champion with the “Verde Amarela” (“Green and Yellow”) at Chile 2018 America Cup, where she scored 3 goals.

Besides playing in her own country, she played in Norway, China and she is currently playing in the US. Her leading role at the National Team grew under Pía Sunhage’s guidance. Since 2019, she has scored 24 goals and she is the top scorer with this coach.

She is the fifth player with most international matches played, after Formiga (233 matches), Marta (182), Cristiane (167) and Rosana (129). She has become one of the undisputed leaders, along with the captains Rafaelle and Tamires.

The two-time Champion in CONMEBOL Copa America will try to take her National Team to maximum heights in 2023 Women’s World Cup -which will take place in Australia and New Zealand-, and also at Paris 2024 Olympic Games: Brazil’s selective team had a great performance in Colombia 2022 and qualified for the tournament.

Debinha is History in the making.