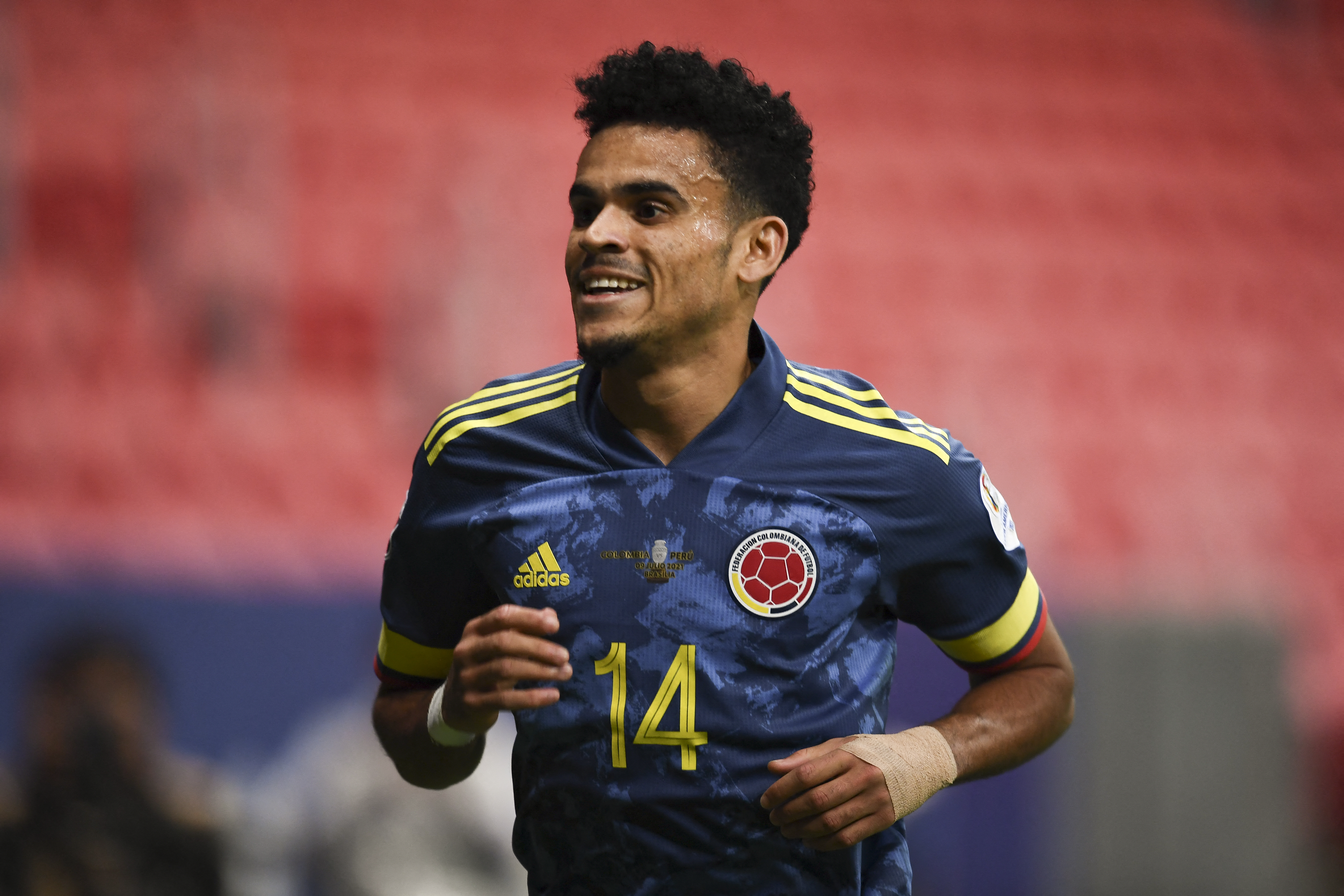 Luis Díaz is the name on everyone’s lips in the past week following an incredible CONMEBOL Copa América 2021 where, among other achievements, he equaled Lion Messi’s goal record to finish as top scorer. The tricky young winger is on the verge of announcing himself as one of the great stars of world football.

The flying Colombian is now on his way to the very top, but he has had to overcome incredible obstacles to even become a professional footballer.

‘Luchito’ grew up in a small rancherí (a small, informal camp) in La Guajira, a region close to Colombia’s Caribbean coast in the shadow of the  Sierra Nevada mountains. He lived with his indegenous Wayuu family and played football with the local team managed by his dad. Life was tough, they lived close to the huge Cerrejón coal mine, but money was always tight.

The camp didn’t have a television and young Luis would sit down at night to listen to his grandmother tell stories. Goat was always on the menu but times were tough and Díaz was underweight throughout his teenage years. His mother said if he didn’t complete his studies, he couldn’t play football and there was nothing the youngster liked to do more.

Despite being the standout player in the village, his dad would often put him on the bench to keep him motivated and to learn humility; there would be no special treatment for Luchito, he had to prove his worth to the side.

When he was 17 years old, he and some of his teammates had the opportunity to travel to Bogota to join a training camp to potentially join the Colombian Indegenous National Team at the Copa Americana de Pueblos Indí­genas.

When Luis arrived, manager John Diaz was sceptical about the impact he could make for the team given how underweight he was at the time. It didn’t take long for Luchito to show everyone how quick and skilful he was. Not only was he going to Chile but he was going as the star player.

At the tournament he scored twice and was Colombia’s best player. Carlos Valderrama travelled to Chile with the side and he immediately recognized the quality of the tricky winger. He recommended the player to Arturo Char Chaljub who took him to Barranquilla FC, an affiliate of Junior FC.

Barranquilla liked what they saw but they knew to compete in professional football he would have to put on a lot of weight and very quickly. Meat and pasta for breakfast, regular multivitamins to build muscle. Diaz had to add 10 kgs before he would be ready to play but once he did, he didn’t look back.

He moved from Barranquilla to Junior where he won two league titles and became a star performer in the Colombian league. From there he made a big move to Europe with Porto, where he has already won the league, the cup and the supercup.

Diaz gave Colombia the lead with a spectacular flying volley against a very strong Brazil side. One of the best goals of the tournament and a great way to open his account.

He also scored in the semi-final against Argentina showing his great pace, control and composure as he ran onto a through ball and finished at a tight angle.

Then in the 3rd place playoff against Peru he won the game for Colombia with two more goals. The winner was typical of Diaz as he drifted in from the left hand side and hit an unstoppable strike into the top corner.

At the 2021 Copa America Luis Diaz established himself as a key man for Colombia and has attracted the attention of clubs across Europe. It has been an incredible journey from kicking a ball on the dusty fields around his settlement to joining Messi as the top scorer at the Copa America.

As further evidence of the great humility he embodies, the first thing Luis Díaz did after winning the CONMEBOL Copa América was returned to his village, far from the spotlight, to play a game with the locals and show his incredible ability alongside his people.

Only time will tell what will come next for the young winger who now has the world at his feet.