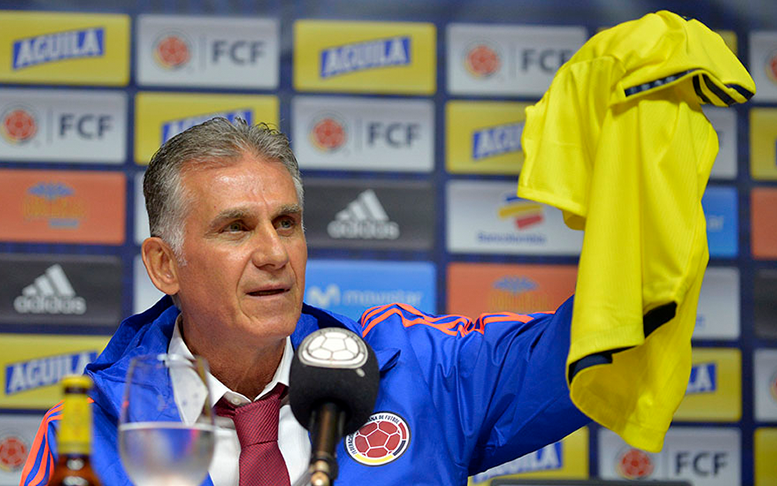 The Portuguese strategist will lead the coffee growers in the tournament, where they will look to win the title again after 18 years.

This Thursday, February 7, the Colombian Football Federation confirmed the Portuguese Carlos Queiroz as the new coach of the national team, whose main challenge will be to make the whole country vibrate at the CONMEBOL Copa América Brazil 2019, between June 14 and on July 7.

Queiroz, born in Portuguese East Africa, now Mozambique, made his debut as coach in 1989, when he took over the U-20 National Team of Portugal.

The Portuguese coach who commanded the Iran team since 2011, won the qualification for the 2014 FIFA World Cup Brazil and brought the Iranian team back to the World Cup in Russia last year. In both editions, he was eliminated in the group stage. In the recent Asian Cup, which took place in the month of January, Iran was eliminated by Japan in the semifinals of the tournament.

«Today is a very important day for us. We had the responsibility to bring a person with a vast experience, successful and hardworking and that is why Professor Carlos Queiroz is as of today the new coach of the Colombia Senior Team» he said, during the presentation of the Portuguese strategist, the president of the Colombian Football Confederation, Ramón Jesurún.

For his part, the now coach ‘coffee’ stressed that his commitment will always improve every day.

«For me it is an honor, a feeling of great happiness and gratitude for the trust they have placed in my work», were the first words of Queiroz.

«We must take care of the heritage that has been reached in the last few years in the Colombia National Team, always looking to be better every day,» he said.

At the CONMEBOL Copa América Brazil 2019, Queiroz will debut with the Colombia National Team, facing Argentina at the Fonte Nova Arena, in Salvador, on June 15.

#VibraElContinente with the CONMEBOL Copa América Brasil 2019, tournament that will be held from June 14 to July 7