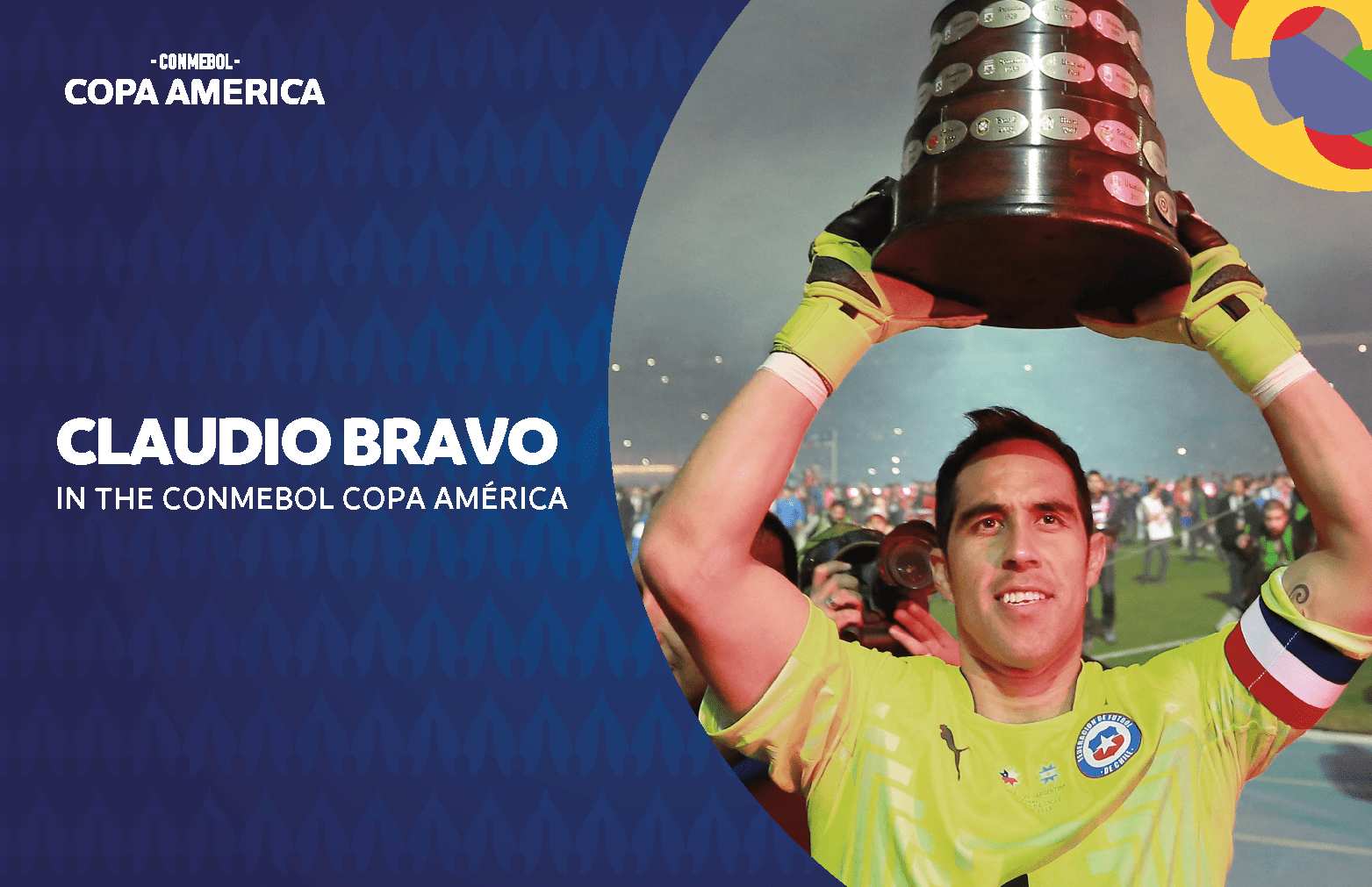 If we are talking about ability and experience, we should definitely mention Claudio Bravo, the fantastic Chilean goalkeeper who, at the age of 38, is still part of the elite of European football and continues playing in Spain, for Betis.

Borned in Viluco, part of the Metropolitan Region of Chile, the athlete was one of the responsibles to lead his country into winning two times in a row the so desired CONMEBOL Copa America, in 2015 and 2016.

Speaking of numbers, Bravo participated in 6 editions of Copa América and won 2 of them. Having played 25 matches, he is the 10th player with the most appearances in the competition. He only failed to save 30 goals and kept nine clean sheets. What’s more, in the 2021 CONMEBOL Copa América, he became the oldest football player to be part of this traditional football tournament.

Without a doubt, «Captain America», as his teammates call him, left his mark on the Chilean national team and proved that he is still willing to compete at the highest level. In the next CONMEBOL Copa America, the goalkeeper will be over 40 years old. Will he continue making history?