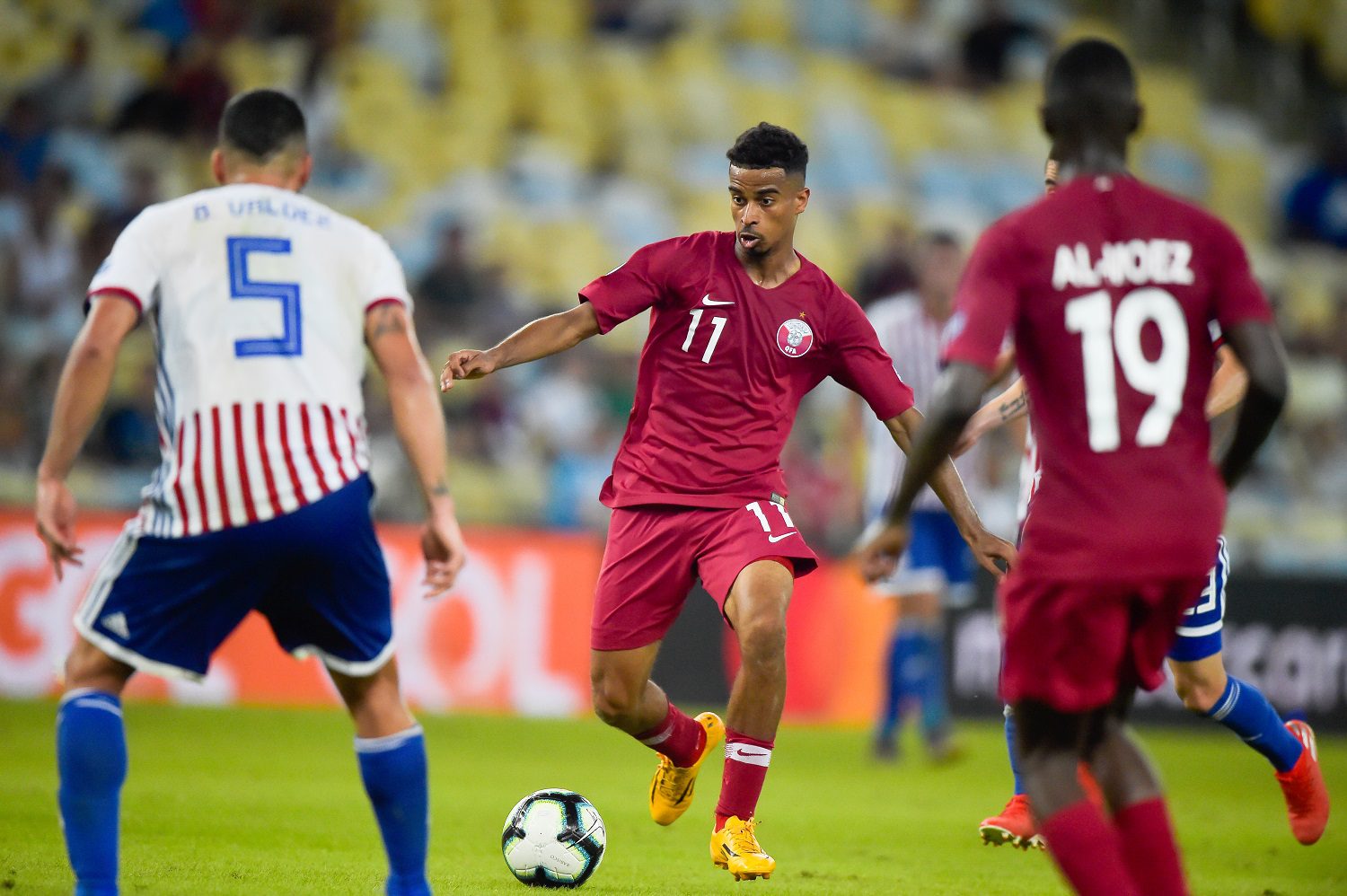 Qatar, one of the two teams invited to CONMEBOL Copa America surprised with a 2-2 draw against Paraguay, showing that the ‘scarlet’ team is on the right track in preparation for the World Cup-2022, which will be played in this small Gulf State.

The coach of the Qatarians, the Spaniard Félix Sánchez, landed in Brazil with a humble speech. Aware that a group with Argentina and Colombia would make things very difficult for them, he spoke almost more about the future than about the present.

He insisted several times that their performance in this edition – and the one that comes in 2020, which they were also invited – will help them to gain more international experience before facing ‘their’ World Cup, a tournament in which the Qatari team has never participated.

But on Sunday, the crowd in the Maracana of Rio de Janeiro saw a team with ambition to win this tournament, the Qatarians were not daunted by such a huge oponent like Paraguay.

After the initial nervousness that led to 1-0 against a penalty, the ‘Scarlet’ displayed a cool game, a lot of touch, quick recoveries of ball, passes in depth and interned from the wings.

Sánchez, 43, is a Barcelona former in La Masia, the well-known training center of FC Barcelona, and in the game on Sunday there were flashes that recalled the game emblem of Barça.

The Qatarians let pass three very clear chances in the first half, and at the beginning of the second half they conceded the second goal. But they did not throw the towel. With an enviable physical condition, they grew and achieved the draw in just ten minutes. There was even the feeling that they could have come it perfectly back to the result.

Despite the two goals against, «the team has shown that I still have faith» and «has had the attitude of wanting to go for the game, which is very positive for us.»