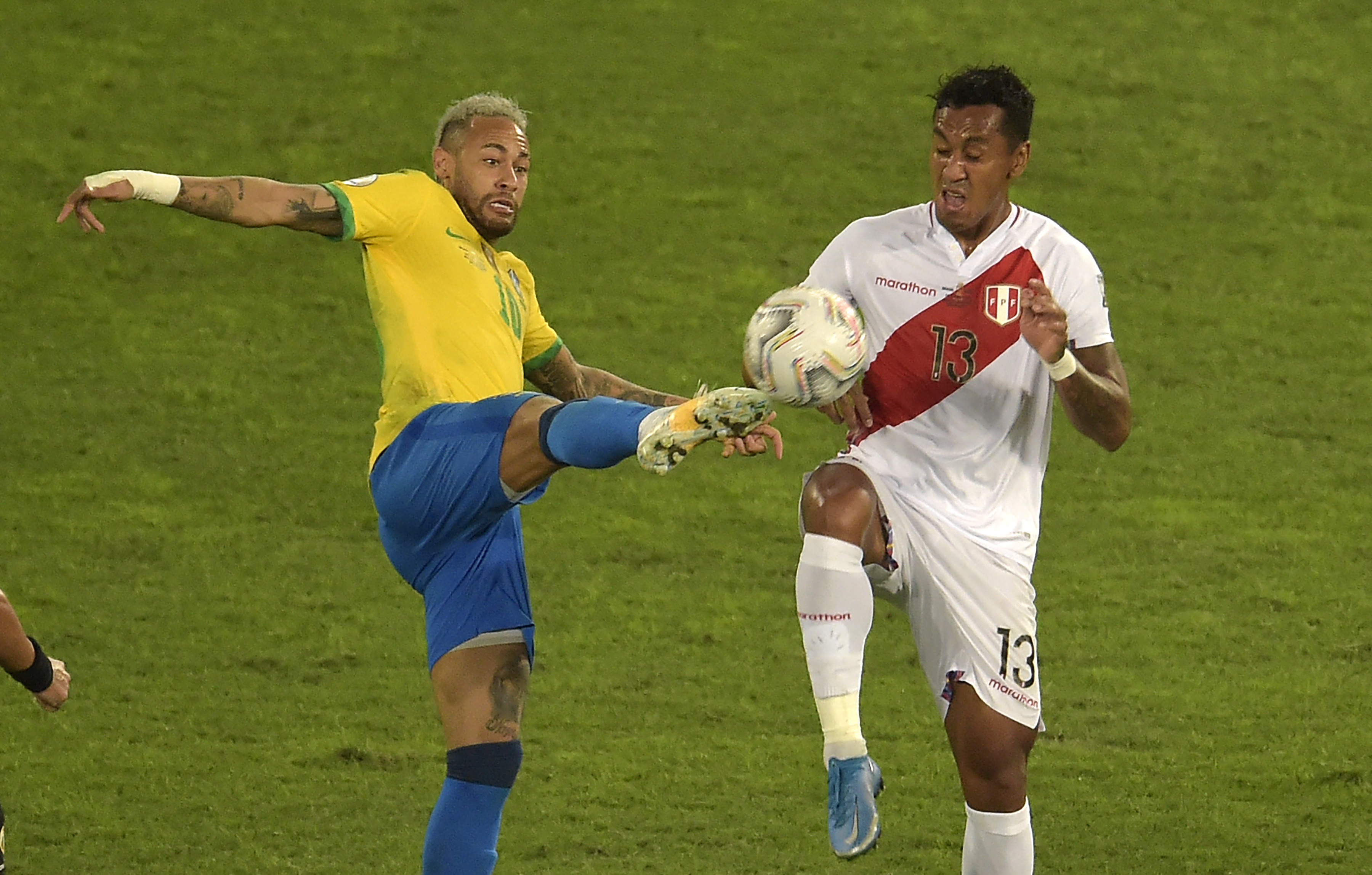 In the first semi-final of the CONMEBOL Copa América 2021, Brasil progressed will a narrow 1-0 victory against Peru at the Estadio Mané Garrincha de Brasilia.

As with the quarterfinal against Chile, the scorer of the only goal for Tite’s side was Lucas Paquetá who was once again vital in the host’s win.

Brazil went out to take the game to Gareca’s side from the start with the Peruvians working hard to stay compact and limit their opponents to efforts from outside the box.

With 7 minutes on the watch, Paquetá set up Richarlison who rounded Pedro Gallese but couldn’t find the angle for the finish himself and failed to set Neymar up for the opener.

The Peruvian goalkeeper was star of the first half and he made an important save from a Casemira freekick, parrying the ball out of danger.

This was the start of a number of incredible saves from Gallese. He denied Casemiro once again from the edge of the area and followed it up with a spectacular double save, first from a Neymar freekick and then Richarlison’s follow up on the rebound.

With Brazil chasing the opener, Peru found it very difficult to threaten the Brazilian box. The five defenders deployed Gareca was also struggling to keep Brazil at bay and finally on 34 minutes they broke the deadlock.

Neymar created the chance with a moment of magci that took three Peruvian defenders out of the game before setting up Paquetá for a left footed finish to make it 2 in 2 for the Lyon midfielder.

After the break emerged with more attacking inpetus and began to create some good chances of their own.

Early into the half Gianluca Lapadula skipped past Thiago Silva and hit a powerful shot which was well saved by Ederson. Moments later Raziel Garcí shot from distance and the ball flew narrowly wide.

With 15 minutes gone in the second half Garcí tried again from outside the box which was well saved by Ederson with the Manchester City becoming increasingly important for Brazil.

A less dominant Brazilian side were still able to create good chances to finish the game. Éverton Sousa and Neymar both had efforts on goal but neither could get that important second.

Gareca’s side remained in the game until the final whistle and it was far closer than their previous three meetings in the 2019 and 2021 Copa America.

Despite a decent Peruvian effort, it will be Tite’s side who make the final on Saturday at the Estadio Maracaná with their dream 10th title and back to back wins intact.

â€¢ The CONMEBOL Copa América 2021 semi-final was the third meeting of Brazil and Peru at this stage of the tournament. Brazil won in 1997 and Peru in 1975 in the previous semi-final games between the two sides.

â€¢ Tite equals Mario Zagallo as the Brazilian manager with the longest unbeaten run in the CONMEBOL Copa América (12 games). Tite has won 9 games and drawn 3 while Zagallo won 10 and drew 2.

â€¢ Lucas Paquetá scored in consecutive games for Brazil for the first time in his career.

â€¢ Neymar is the most fouled player at the CONMEBOL Copa América 2021 (25). In the game against Peru he was fouled 3 times.

â€¢ Tite has the fifth highest percentage of wins in the history of the CONMEBOL Copa America (75%) amongst the managers who have taken charge of at least 10 games in the competition (9 wins, 3 draws). José Pedro Cea has the best record (9 wins, 1 draw, 90%).