Brazil beat Chile to face Peru in the semi-finals 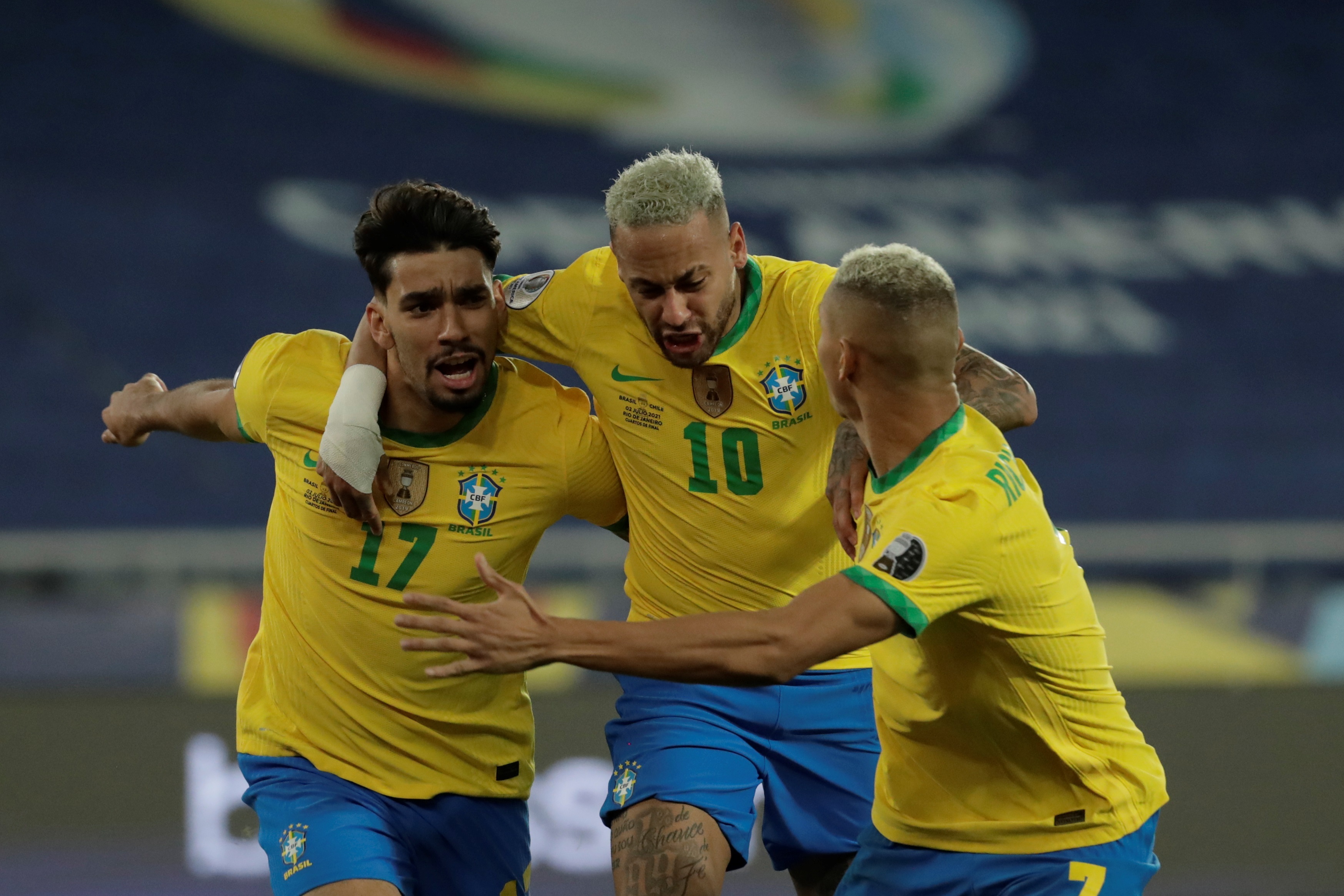 Brazil beat Chile 1-0 in the second quarterfinal of the CONMEBOL Copa América 2021 to progress to the semifinal following Peru’s victory earlier today.

Lucas Paquetá scored early in the second half, moments before Gabriel Jesús was given a straight red card. Despite playing over 40 minutes with 10 men, Brazil were able to see out the result.

The game began cautiously with both sides carefully sounding out thier opponent. Chile were the first side to try their luck on goal as Sebastián Vegas’ long-range effort was well saved by Ederson. A few minutes later Richarlison’s attempt was well stopped by Claudio Bravo.

On 21 minutes Neymar crossed for Firmino but he was unable to finish. Eduardo Vargas then fired off a powerful shot of his own which was denied with an excellent Ederson stop.

Just before the break Claudio Bravo made another save to deny Gabriel Jesus which meant the two sides went in at the break goalless.

Early in the second half the game was quickly transformed. First substitute Lucas Paquetá scored with his first touch of the ball following a well-worked move around the box.

Then a couple of minutes later Gabriel Jesús was given a straight red for dangerously high foot which meant Brazil had the goal advantage but would have to defend it with a man down.

Despite having the numerical advantage, it was Neymar who on 21 minutes had the next effort of note from the left side which was well stopped by Bravo.

The Brazilian chance woke up the Chileans. Second half substitute Ben Brereton saw his headed effort cannon off the crossbar before Mena’s strike from the edge of the box was again denied by the agile Ederson.

Chile pushed for the for the win but Brazil kept it tight at the back to book their place in the semi-final where they will meet Peru on Monday.

â€¢ Brazil have won their last 5 games against Chile in the CONMEBOL Copa América. During this period Brazil scored 12 goals and only conceded once. Furthermore, they have never been beaten by Chile on home soil in the competition (3 wins, 1 draw).

â€¢ Brazil failed to score against Chile in only one of their 22 meetings at the CONMEBOL Copa América (17 wins, 2 draws, 3 losses). This came in Brazil’s biggest defeat against Chile, a 4-0 loss in 1987.

â€¢ Chile had 5 shots on target against Brazil. This was most of any Brazil game in the CONMEBOL Copa América since Tite took charge. They had previously never faced more than 3 shots on target in the competition.