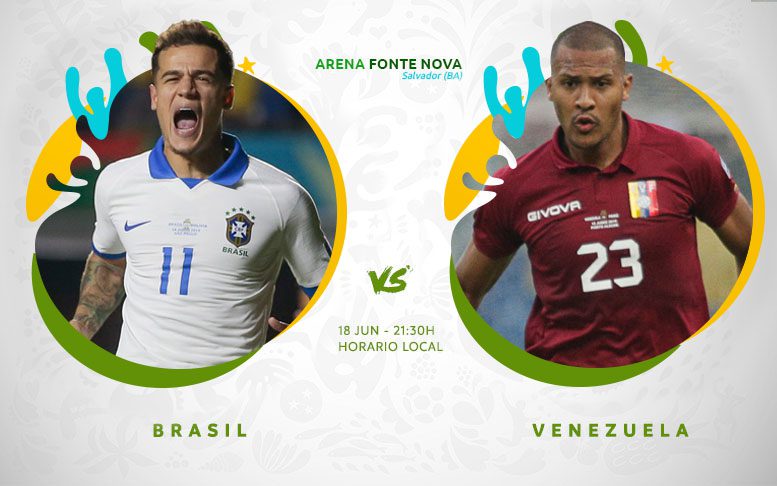 Brazil, hosts of the Copa America-2019, will try on Tuesday in Salvador (northeast) to enter in the quarter-finals, but the job will not be easy against Rafael Dudamel’s brave Venezuelan troops, who are searching their first win in Group A.

The match, for the second date in Group A, will take place at the Arena Fonte Nova from 21:30 local time (00:30 GMT on Wednesday) and will be directed by Chilean referee Julio Bascuñán.

The National Team began their journey in the forty-sixth edition of the world’s oldest national team tournament with a comfortable 3-0 win over Bolivia last Friday in Sao Paulo.

Beyond the competition, the expectation in Brazil is to see the Canarinha with more associated game, the reason why, Tite would bet on the entry of Arthur, absent against Bolivia by an injury to the right knee.

With the Barcelona player on the field, TD Tite expects a better football in Brazil and, with the power in the attack, the Vinotinto will have to make a double effort to contain the Seleçao.

– Carefully, but without fears –

For their part, Venezuela, without a player due to Luis Mago’s 75-minute dismissal, finished 0-0 with Peru on Saturday in Porto Alegre.
Dudamel, who took over as Vinotinto’s technical director in 2016, confessed that facing Brazil «playing as equals is insane».

«We have to try to play our game with a lot of confidence», said the coach.
Venezuela will have an obligatory change with respect to the eleven that came out against the Incas. Roberto Rosales will work as a left-back in place of the expelled defender Luis Mago, which will cause the entry of Ronald Hernandez to cover the right lateral.