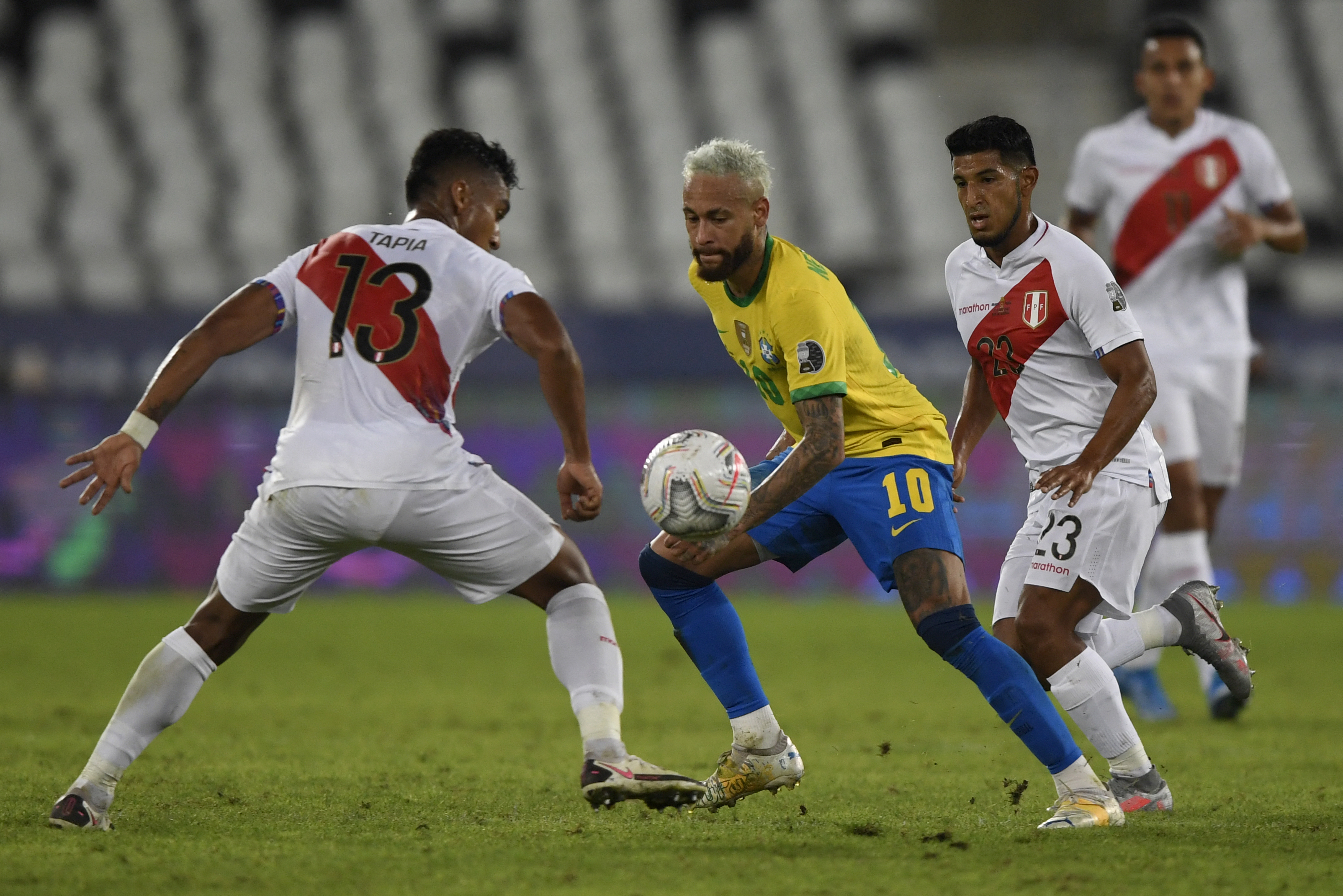 The CONMEBOL Copa América, the world’s oldest national team tournament, is coming to a dramatic conclusion.

A dramatic quarterfinal stage has left Peru, Brazil, Colombia and Argentina as the final four remaining sides who will meet on Monday and Tuesday to decide who will play this year’s final.

The first semi-final will be played at the Estadio Nilton Santos and will include two teams who from Grupo B.

To reach this stage, the hosts beat Chile 1-0 in the quarterfinal at the same ground and continue their unbeaten run in the tournament with 4 wins and a draw.

Meanwhile Ricardo Gareca’s side qualified for the semi-final by emerging from a thrilling 3-3 draw against Paraguay with a penalty shootout victory.

Argentina vs. Colombia, Tuesday 6 July at 22:00 in Brasilia

The second semi-final will include on team from Grupo A and one from Grupo B. La Albiceleste progressed as group winners while Colombia qualified in third place.

To reach this stage Argentina picked up a 3-0 win against Ecuador with the sensational Lionel Messi directly involved in all of the goals.

On the other hand, Colombia beat Uruguay with a 4-2 penalty shootout victory after a tight goalless draw.

The winners of the semi-finals will meet in the final on Saturday 21 July at the famous Estadio Maracaná in Río de Janeiro. The losers will meet in Brasilia on Friday for third place.