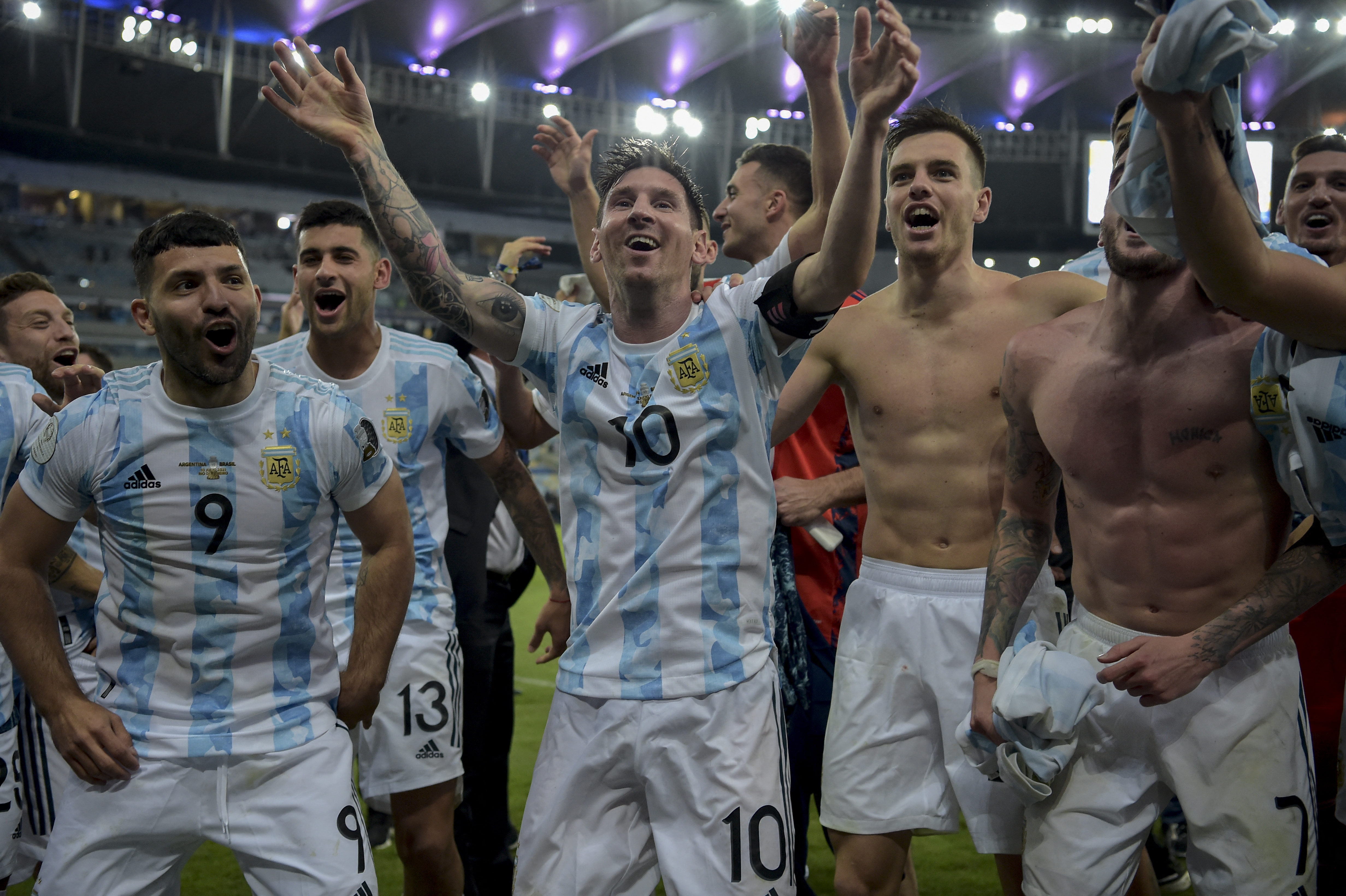 Argentina are once again champions of the CONMEBOL Copa América 2021 and have secured their 15th continental title, drawing them level with Uruguay as the holders of the most wins.

La Albiceleste are joint top with their la plata neighbors Uruguay while Brazil are in third with 9 wins.

Uruguay took an early lead winning the first 2 editions of the competition, in 1916 in Argetina and in 1917 in Uruguay. en 1916 en Argentina, y en 1917 en Uruguay. Los celestes continued to enjoy great national team success throughout a great period in the country’s footballing history. They won 2 Olympic gold medals in 1924 and 1928 and 2 world cups in 1930 and 1950. By 1942 they had already picked up 6 continental titles.

Argentina won their first South American Championship in 1921 but by 1947 they had already overtaken their neighbors from across the Río de la Plata with 9 title wins. They were lead by Norberto Méndez, the top scorer in the history of the competition. Up until this point, only Brasil (twice) and Perú (once) had won the tournament.

Argentine dominance continued in across the 40s, a period when the trophy was shared a little more, with Paraguay and Bolivia joining the list of winners.

In 1987, Uruguay once again became the nation with most continental title wins. Their latest victory pulled them ahead with 13 wins to Argentina’s 12.

The nations of the Río de la Plata continued to enjoy success in the tournament. Argentina won in 1991 and 1993 while Uruguay were again champions in 1995.

In 2011, after a comparitively long period without a title win for the 2 nations, the Uruguay of Luis Suárez and Diego Forlán were crowned champions. Uruguay had 15 titles to Argentina’s 14.

And that is how the record remained for a decade until this Saturday in a huge final at the Estadio Maracaná when Argentina once again became champions after a long 28 year wait. They are now again level with their old rivals Uruguay on 15 titles each.

Chile have also now joined the list of winners (back to back titles in 2015 and 2016) alongside Paraguay and Peru (2 titles each). Bolivia and Colombia (2001) have also won the world’s oldest national team tournament.