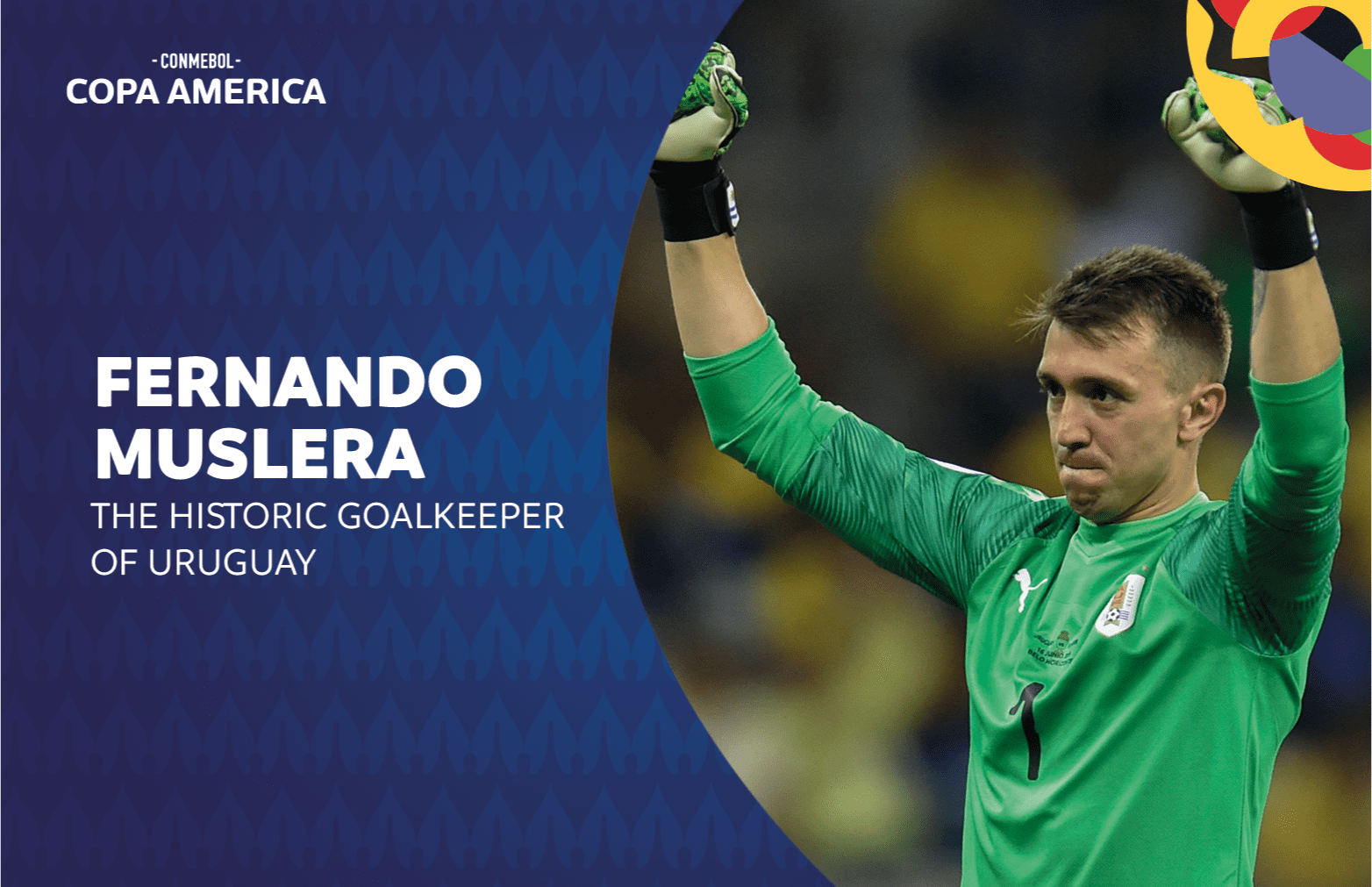 He is one of the most important goalkeepers in Uruguay’s History, and he’s among Top 3 for players with most appearances in “La Celeste” (“Sky Blue”). He played four consecutive CONMEBOL America Cups and holds a record of 17 matches in the Tournament. Among these competitions, he was Champion in 2011 and also Player of the Match in quarter-finals against Argentina, where Uruguay eliminated the host team by penalty shootout.

Fernando Muslera is at the top of South American football. He participated in three World Cups: South Africa 2010, Brazil 2018 and Russia 2018. In the first one -and along with the team- he placed “La Celeste” in Fourth position, an achievement that brought him the recognition of the country.

He began his career in 2004 playing for Montevideo Wanderers. Later, he continued playing in Nacional and emigrated to Lazio, where he played between 2007 and 2011. Afterwards, he was transferred to Galatasaray and has been playing there ever since: he is the foreign player with most appearances in the Turkish League.

His name comes from the historical striker Fernando Morena, all-time top goal scorer in the history of the Uruguayan Primera División and second top goal scorer in CONMEBOL Libertadores Cup; and as with Morena, his name will stand in South American football volumes -this time, as one of greatest goalkeepers in History.