Schedule for the 2021 Copa America 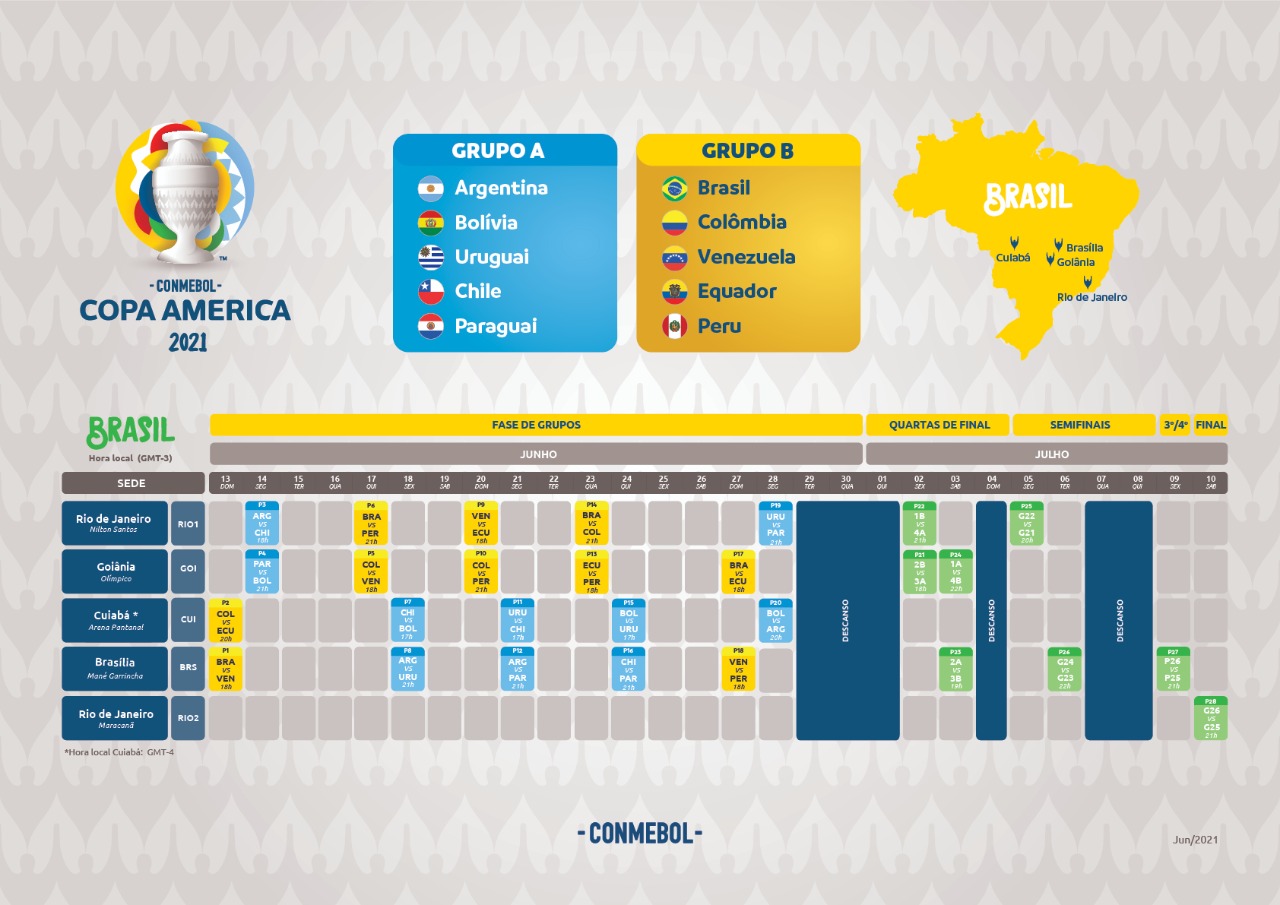 Ready for kickoff! Fixtures for the 2021 CONMEBOL Copa America have all been confirmed and Brazil will host the 47th edition of the oldest and most exciting national team competition in the world.

When invited nations Australia and Qatar were forced to withdraw the schedule of the 2021 Copa America was modified for what looks set to be perhaps the most competitive and exciting yet.

This year’s competition will include the ten South American nations who will be split into the following two groups:

The calendar will include 28 exciting matches with closer venues and reduced travel time which will mean additional rest days between the group stage and quarterfinals.

The opening game will be held at the Mané Garrincha Stadium in Brasilia as hosts Brazil meet Venezuela while the final will be held at the legendary Maracanã Stadium on 10 July. This will be the same venue as the last Copa America final when Brazil won the title with a 3-1 win against Peru.

The third place playoff will be held on Saturday 9 July in Brasilia. This year nations who progress from the group stage will be able to change up to three players from their initial squad list if necessary.

A truly memorable and historic Copa America awaits us; A competition that has had to adapt to the new challenges the world faces but one which will once again unite South America in the passion and joy of football.