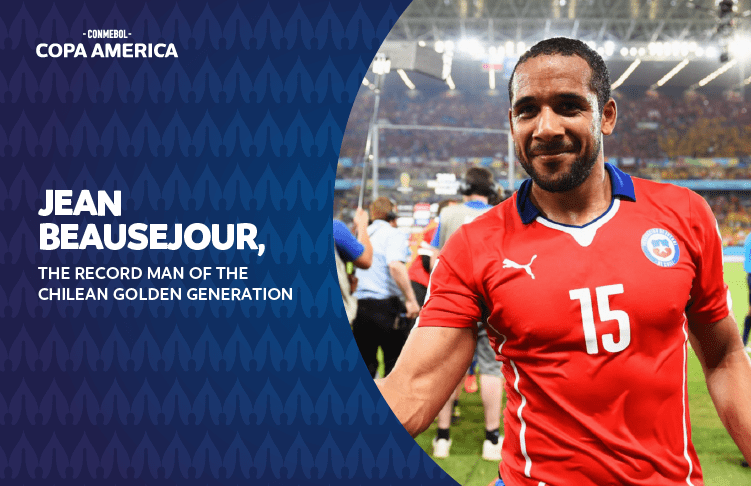 He was part of the golden age of the Chilean National Team, the selective which, after a lifetime without international trophies, achieved two consecutive CONMEBOL America Cups in 2015 and 2016 -along with several other first-class players.

Jean Beausejour holds an exclusive record in Chile’s History: he is the only player who has scored in two different World Cups. First, the did it in South Africa 2010 against Honduras; also, in Brazil 2014, against Australia. Both matches took place as part of the Group Phases.

With a long history playing for La Roja (“the Red one”), the left wing-back left a balance of 109 matches and 6 goals. In 2019, he retired from the National selective at age 35, and in the beginning of 2022, he put an end to his professional career.

All throughout his career, he played in Chile, Switzerland, Brazil, Mexico and England, with the peculiarity of being one of the 10 Chilean football players to compete for all three major teams in the country: Colo-Colo, Universidad Católica and Universidad de Chile.

Without any doubts, Beausejour is one of the most important players in the Chilean Team’s history; he was a benchmark for defense in the Golden Age at the vibrant Red team, and a subject of History books for the two-time CONMEBOL America Cup champions.