Dreamed debut of the current champion against a strong Japan, in Sao Paulo 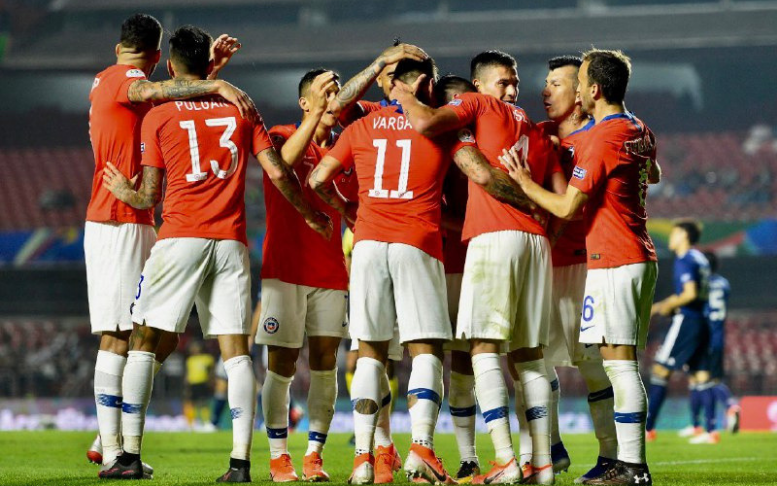 The two-time champions Chile began their CONMEBOL Copa América title defence on Monday with a decisive 4-0 win over Japan, the same result that had happened in the other group match in favour of Uruguay, the other Copa América Group C favourites, against Ecuador.

It was an intense match that had to work the Chilean team, after the proposal of the Asians, but the two-time champions ended up taking the three points, which equal them at the top of Group C with Uruguay, with two goals from Eduardo Vargas (54 and 83) and goals from Erick Pulgar (41) and Alexis Sanchez (82).

Vargas, a striker for Tigres in Mexico, made it to 12 goals in the CONMEBOL Copa América, replacing Peru’s Paolo Guerrero (11 goals) as the tournament’s top scorer.

On the next matchday, Uruguay will face Japan on Thursday, June 20, and a day later, Chile will face Ecuador.