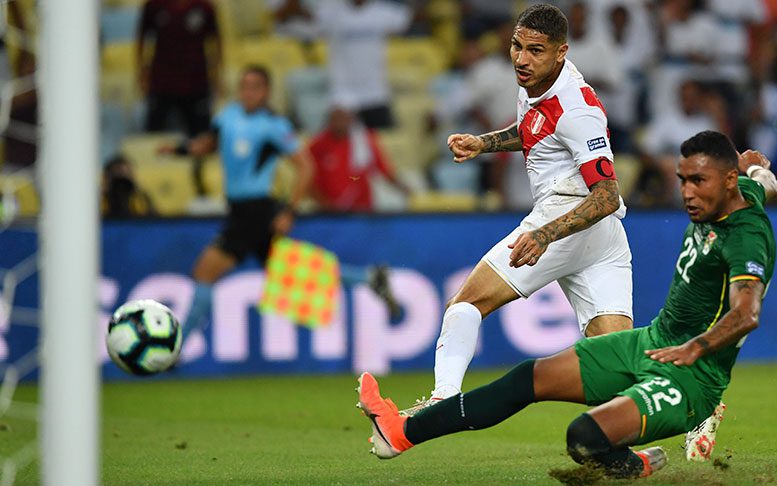 Peru was losing 0-1 to Bolivia after Marcelo Moreno’s penalty, knew how to navigate the storm, recover and end up winning with authority by 3-1, with the goals of their striker Paolo Guerrero, Jefferson Farfán and Edison Flores who over time closed the score in favor of the Incas.

Peru took a giant step towards the quarterfinals of the CONMEBOL Copa América on Tuesday when they beat Bolivia 3-1 in Group A.

On 28, the Bolivian forward Marcelo Martins converted a penalty indicated by the referee after consulting with the video arbitration.

But the Inca star Paolo Guerrero tied in the minute 45 with a goal that mixed technique and power. In 55, Jefferson Farfán scored again with a header and in 90+6 Edison Flores scored with a left-footed header.

The win leaves the Incas with four points, with a good chance of progressing to the quarter-finals, whatever the outcome of their clash with Brazil in the third and final round of the group stage.

The Bolivians are very much touched, but not sunk: they could still classify for one of the two places as the best third in the group.