Tite: ¨We have to improve as a team" 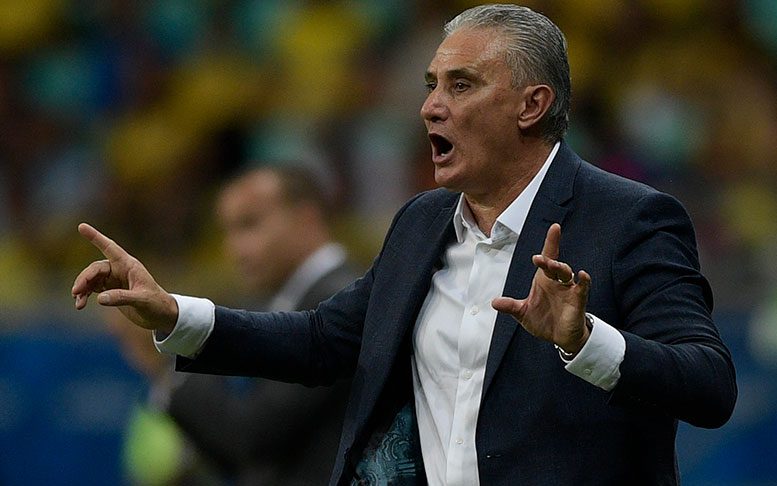 Brazil coach Tite was dissatisfied with his team’s ineffectiveness against Venezuela in a 0-0 tie on Tuesday for the second round of Group A of CONMEBOL Copa América 2019.

«The decisiveness and effectiveness in football are fundamental. Today we fail in that. We have to convert those moves of play into the last third at the end. That’s what we needed in this match», Tite said at a press conference in Salvador (northeast).

«We didn’t have the creativity we were looking for. The team was a little anxious about that. We need to improve. We rushed into the finals and didn’t create opposition to the goalkeeper» the coach added.

The Seleçao had two goals cancelled, one by Gabriel Jesus at 60 minutes and the other by Philippe Coutinho at 86 minutes, at the request of the VAR in both situations for offside.

«The goals were well cancelled. The VAR was correct. I have absolutely nothing to claim. That was fair», was Tite’s comments without much explanation.

The entries of Everton and Gabriel Jesus by David Neres and Richarlison «showed interesting offensive alternatives» to seek new possibilities of attack, he said.

«A player like Neymar will always be needed. Today we have other qualities in the attack. The entries of Everton and Gabriel Jesus gave us options. So there is an important open competition in attack,» he remarked.

«He couldn’t get a clean ball. Strategically he has been very damaged,» he said.

With the result in Salvador, Brazil and Peru, who beat Bolivia 3-1 in the Maracaná in the first game of the second day of the serie, lead the group with 4 points. Venezuela is third with 2 and Bolivia is fourth without points.

The third and last date of the key will be played on Saturday with the matches Brazil-Peru in São Paulo and Bolivia-Venezuela in Belo Horizonte, both at 16H00 local (19H00 GMT).