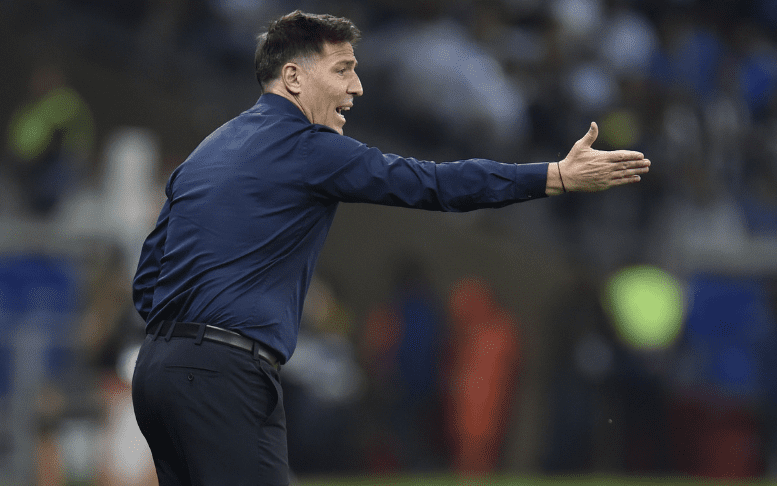 Paraguay’s boss Eduardo Berizzo was satisfied with a «solid» defensive game of his players in the 1-1 draw on Wednesday, against Argentina at CONMEBOL Copa America – Brazil-2019.

«We played a defensively game, in general, very solid (…), our defense won in one on one duels against their attacking players,» said Berizzo in the pressroom at the Mineirao stadium in Belo Horizonte.

«We stopped the position of (Lionel) Messi very well, we obstructed his game (…) and we did not let play many of his teammates as well,» he added.

‘El Toto’ Berizzo also highlighted the quick counter-attacks launched by his team. «The best chances came through long and quick passes,» he said.

When the game was 1-1, La Albirroja had the opportunity to go up in the scored with a penalty kick that Derlis González missed and that the albiceleste goalkeeper Franco Armani saved.

«If we would have scored the penalty and took advantage of one clear opportunity we had» in a counterattack, «we would be deserved winners,» Berizzo said.

The Argentinian coach added, «We showed what we are capable of (…) we are a team under construction and part of what we did today are the foundations for what is coming», he said.